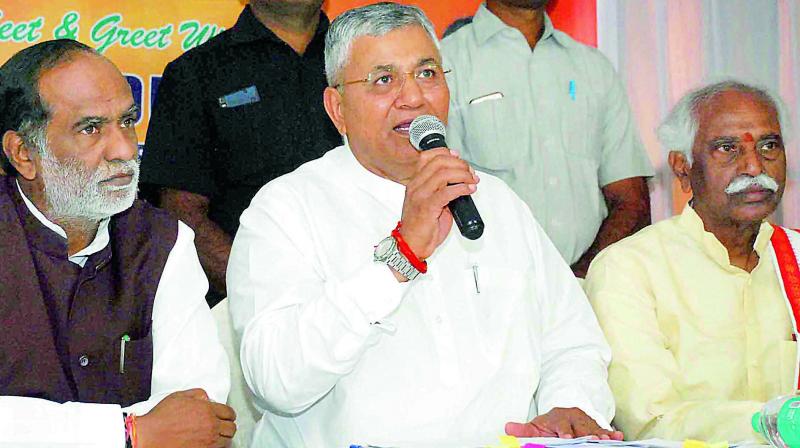 New Delhi: As part of crackdown on shell companies, corporate affairs ministry has disqualified  over 1 lakh directors as companies under them failed to submit financial statement for three years.

Corporate affairs ministry has already cancelled registration of around 2.10 lakh defaulting companies and the finance ministry had asked banks to restrict their bank operations.

As per section 164 of the Companies Act, 2013, any person who is or has been a director in a company which has not filed financial statements for any continuous period of three financial years will not be eligible for re-appointment as a director in that company or appointed in other company for a period of five years.

Minister of state for corporate affairs P.P. Chaudhary said all the concerned agencies are handling this issue on priority. “The present government has vowed to fight blackmoney and fighting the menace of shell companies is an imperative element of such fight. The fight against blackmoney shall be incomplete without breaking the network of shell companies. Possibility of using the shell companies for laundering the black money cannot be undermined,” said Mr Chaudhary.

He said that  disqualification under Section 164 of the act is by operation of law. “We are identifying the defaulting directors of these shell companies. My officers have assured me that by the end of this month, we would be ready with the relevant details of all defaulting directors of these shell companies,” he added.  The ministry said it is further analysing the data of these de-registered companies  to identify the directors and the significant beneficial interests behind these companies.