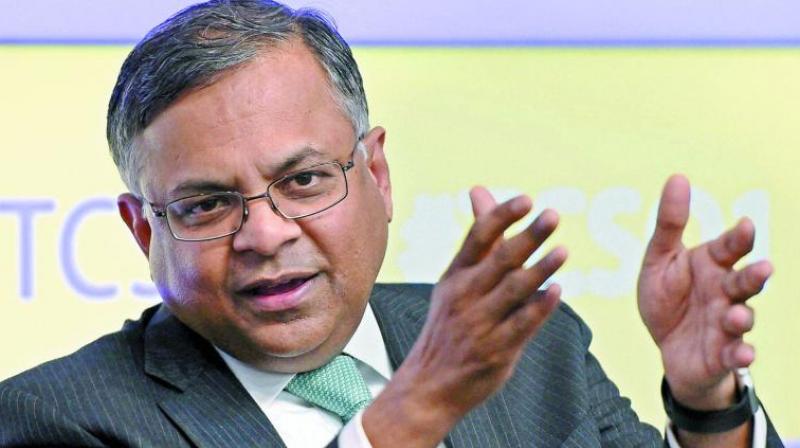 Mumbai: When Natarajan Chandrasekaran runs the Standard Chartered marathon on Sunday, he will do so as chairman of the salt to steel Tata group. Presently CEO of the  most profitable Tata flagship firm TCS, Mr Chandrashekaran was, on Thursday, appointed the first professional chairman to steer the $100 billion Tata conglomerate.

He was the unanimous choice of the selection committee appointed to find a successor to Mr Ratan Tata. Mr Chandrashekaran, who joined TCS in 1987, is the first professional from outside the shareholding family and stakeholders to take over the reins of this prestigious group which he joined as an intern.

He was the chief executive officer and managing director of TCS since 2009 and under his stewardship the company was rated as the world's most powerful brand in IT Services in 2015.

“Mr Chandrasekaran has demonstrated exemplary leadership as the CEO and MD of Tata Consultancy Services. We believe he will now inspire the entire Tata group to realise its potential acting as leaders in their respective businesses, always in keeping with our value system and ethics and adhering with the practices of the Tata group which have stood it in good stead,” said Tata Sons in a statement.

“At the Tata group, we are at an inflection point. I am aware that this role comes with huge responsibilities. It will be my endeavour to help progress the group with the ethos, ethics and values that the Tata group has been built on,” said Mr Chandrasekaran  who got a standing ovation from employees.

His appointment comes at a time when Tata Sons is engaged in a bitter legal battle with its former chairman Cyrus Mistry, who has challenged his ouster before the National Company Law Tribunal (NCLT) raising serious allegations of corporate governance violations in Tata group firms. The government has asked Tatas for an explanation on the various allegations.

Mr Mistry was unceremoniously removed as the chairman of the Tata Sons on October 24, 2016 for allegedly deviating from the group’s ethos and culture.

Apart from steering the group’s business through a challenging external environment characterised by low growth and increasing tendency to move towards protectionism, industry experts said the new chairman would also be required to address some of the serious legal issues raised by its former chairman.

Meanwhile TCS on Thursday appointed Rajesh Gopinath as its new chief executive and managing director. Prior to this Mr Rajesh was responsible for the financial management.