Chandrasekaran was named as Chairman of Tata Sons on Thursday after TCS announced its Q3 results. 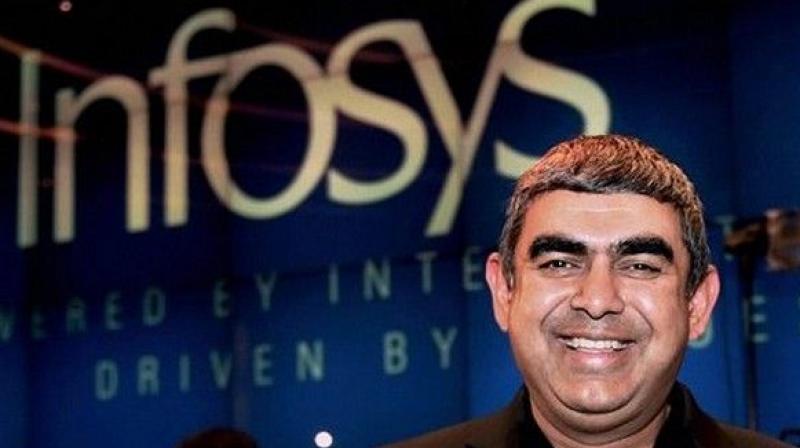 "I wrote to him yesterday, congratulating him. It is a reflection, both of his amazing leadership and capabilities as well as growing importance of software all around us," Sikka said.

"So all the best to him and we wish him the very best on that journey," he added.

After rival TCS announced its third quarter results yesterday, its CEO and MD Chandrasekaran was named as the Chairman of Tata Sons.

Tata Sons is the holding company of the USD 103-billion Tata Group. Interestingly, Chandrasekaran had started his career as an intern at TCS. Chandra, as he is popularly known, has navigated TCS through a lot of ups and downs and dislodging bellwether

Infosys and to become the largest company by market capital of close to Rs 5 trillion, and the largest profit centre for the group.

TCS CFO Rajesh Gopinathan will now succeed Chandrasekaran as the CEO and MD, while N G Subramaniam (currently President, TCS Financial Solutions) has been named as President and COO.