No communication has been received from the central government on the same. 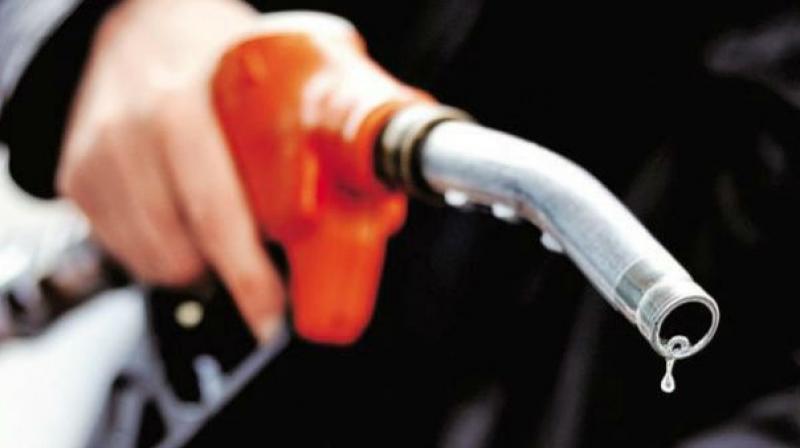 The Bharat Petroleum Corporation Limited (BPCL) on Tuesday said that it has no plans to absorb the rising fuel prices, adding that no communication has been received from the central government on the same.

Mumbai: The Bharat Petroleum Corporation Limited (BPCL) on Tuesday said that it has no plans to absorb the rising fuel prices, adding that no communication has been received from the central government on the same.

Addressing media post the firm's Annual General Meeting, BPCL Chairman and Managing Director D. Rajkumar said, "There's no communication from the (central) government whatsoever at this point in time to absorb the prices. We have not been asked to absorb and there are no plans to do so."

Despite the Congress-led 'Bharat Bandh' supported by 21 opposition parties, fuel prices continued its northward march on Tuesday with petrol being sold at Rs 80.87 and diesel at Rs 72.97 per litre in the national capital.

Meanwhile, in Mumbai, petrol and diesel have touched a new high of Rs 88.26 and Rs 77.47 per litre, respectively.

He added that the US crude oil is competing aggressively with traditional supply sources like the Middle East.

"We ended picking up two to three cargos last year. If it is going to work out economically for us to procure US crude oil, then we can end up doing that. We believe that enough sources are available. Our refineries are versatile. We can process 108 types of crude oil. We have 96 potential crudes in our baskets. I don't see any problem in sourcing crude even if it not going to come from Iran," Rajkumar elucidated.

Quizzed whether the BPCL could enter into a term contract for US crude, Rajkumar further said that it was not required now and a decision would be taken later if the need arises.