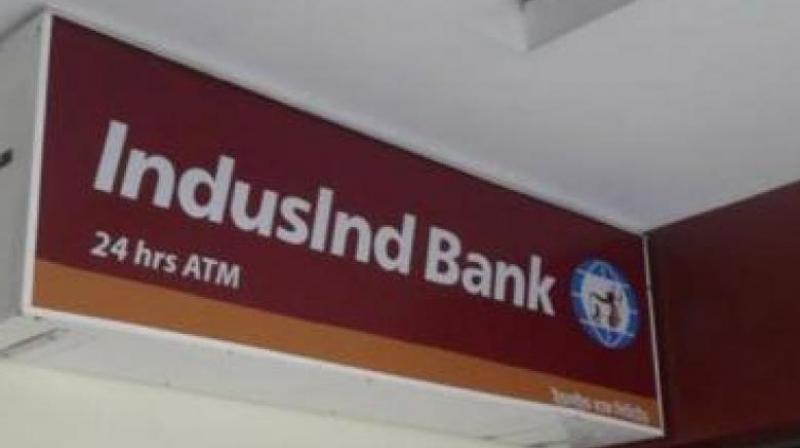 The bank had posted a net profit of Rs 1,035.72 crore in the corresponding period of the preceding fiscal ended March 2019.

New Delhi: Private sector lender IndusInd Bank on Friday reported 38.3 per cent jump in its standalone net profit at Rs 1,432.50 crore for the June quarter of this fiscal.

The bank had posted a net profit of Rs 1,035.72 crore in the corresponding period of the preceding fiscal ended March 2019.

Likewise, the net NPAs or bad loans too jumped to 1.23 per cent, from 0.51 per cent in the year ago period.

A rise in NPAs ratio led to a higher provisioning and contingencies at Rs 430.62 crore for April-June, 2019-20, as compared to Rs 350 crore set aside during the same period of the fiscal ended March 2019.

The bank said the results for the first quarter of this fiscal includes the operating performance of Bharat Financial Inclusion Ltd (BFIL), which has been merged with the lender now.

"We have successfully completed the merger with BFIL. During this quarter, the Bank has witnessed healthy growth in its topline as well as in operating profits and will now push forward into the subsequent quarters basis our strong belief in new opportunities, especially in rural India," Romesh Sobti, MD & CEO, IndusInd Bank said in a statement. Stock of IndusInd Bank was trading 0.43 per cent up at Rs 1,547.55 on BSE.