Check out the Tesla Model 3 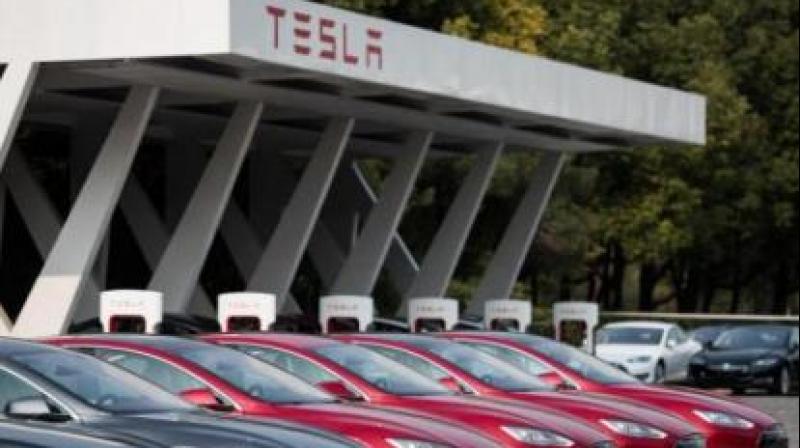 Tesla has commenced manufacturing of its mass-market car, the Model 3, at its Fremont plant in California. Recently, Elon Musk tweeted two photos of the first production-spec unit of the new Model 3. He also stated that the first 30 customers of the Model 3 would receive their cars at a party on July 28, 2017. However, the pictures don't reveal much and look similar to the prototype which was revealed earlier. The Base model of the Model 3 has been priced at  $35,000 (~Rs 22.59 lakh) before taxes/incentives. 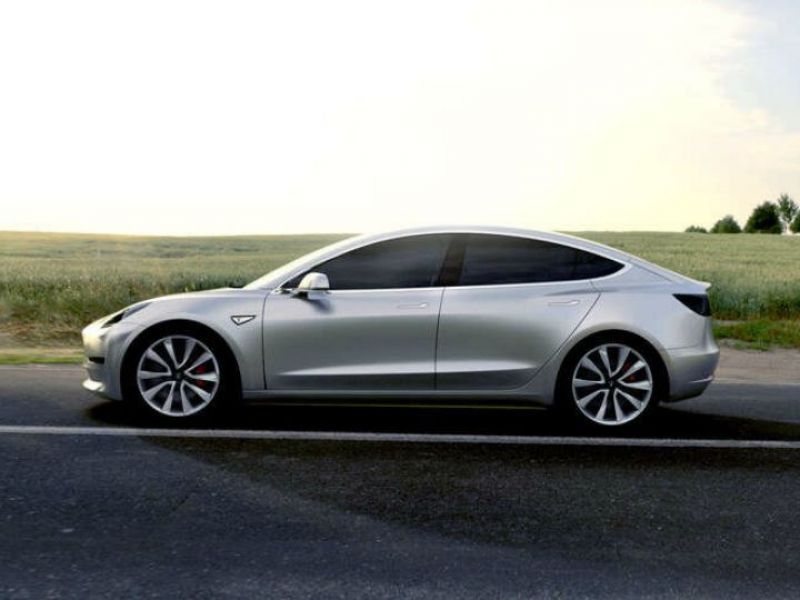 The Tesla Model 3 is an entry-level sedan from the company that will compete against car like the Mercedes-Benz C-Class, BMW 3 Series, Audi A4, Jaguar XE, Volvo S60 etc.

Tesla has revealed only limited specifications of the car as of now; it will be powered by a 75kWh battery pack with power sent to either the rear wheels or all-wheels via electric motors mounted in the corresponding axles. Tesla has stated a maximum range of 215+ miles (~356+km), 0-100kmph in 'under 6 seconds' and its compatibility with the company's 'Supercharger' network. It can seat 5 adults and is apparently designed to achieve 5-Star crash safety rating (most probably in NHSTA tests). The Model 3 will also get autonomous driving hardware as standard, levels of automation may differ from the Model S and Model X. 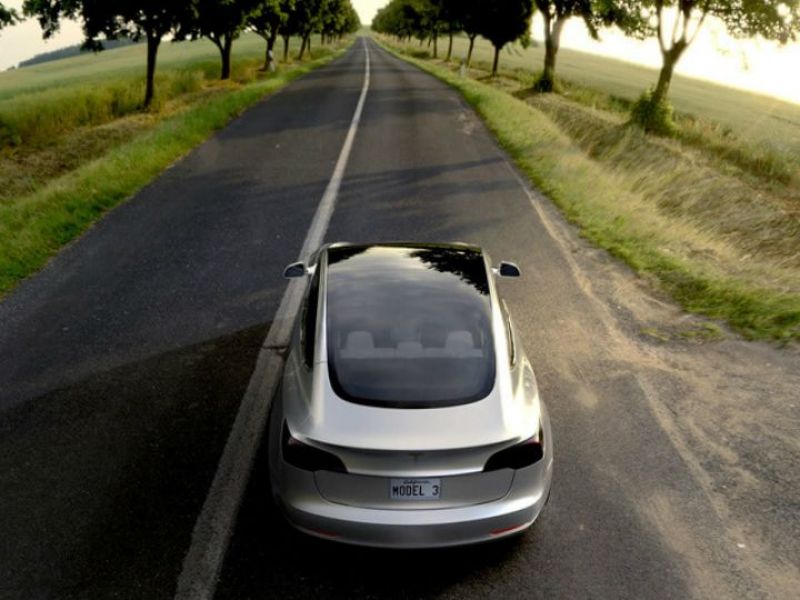 Leaked details online suggest that the 0-100kmph time is 5.6 seconds to be exact, but is vague on which variant (RWD or AWD) achieves the figure. Owners of the Model 3 will be able to charge their cars in Tesla's Supercharging network but for a price. The leaked documents also suggest that the Model 3 will feature a 15-inch, dashboard-mounted touchscreen display - Tesla has not revealed any photos of the interiors of the production unit. The combined luggage space in the Model 3 is apparently 396-litres; it has a standard manually operated rear trunk and a manually operated front trunk (or 'frunk').

According to the last reports from the company back in May 2016, there are more than 3.73 lakh reservations for the car from customers worldwide, and we expect this number to have gone up by a big margin in the period since. Tesla expects the only 1 lakh cars to be ready by the end of 2017, and an additional 4 lakh units to be produced in 2018. Customers booking their cars now can expect their cars to be delivered only in late 2018 or later!

Tesla had, at the unveil of the Model 3 prototype on March 31, 2016, stated that it will expand to new markets with the launch of the Model 3. Countries in that list included India too, but Tesla has not confirmed if and when they will launch the product here till now.