The company, which follows June-May fiscal, expects nearly 200 units to be locally produced in the ongoing year. 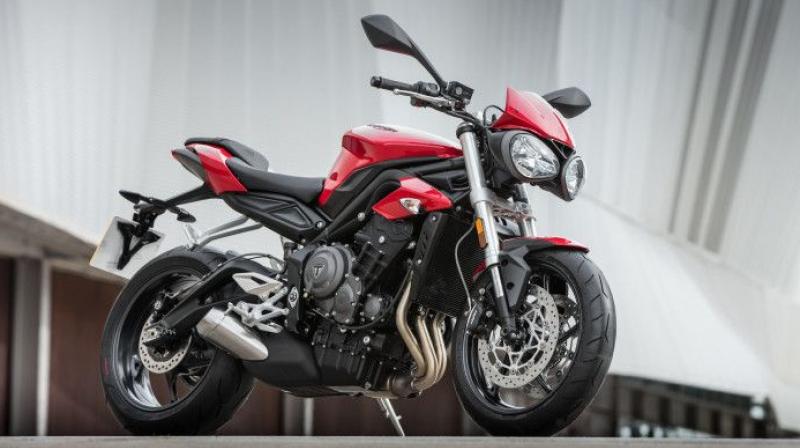 New Delhi: British superbike maker Triumph Motorcycles is accelerating assembly operations in India, with 90 per cent of its products sold here to be locally produced by 2018.

The company, which today rolled out all-new Street Triple S in the country priced at Rs 8.5 lakh (ex-showroom Delhi), sells 16 models across five different categories in India with only 20 per cent of them assembled at its Manesar plant. "We are looking at local assembly of 90 per cent of our product portfolio by next year," Triumph Motorcycles India Managing Director Vimal Sumbly told reporters here.

The company, which follows June-May fiscal, expects nearly 200 units to be locally produced in the ongoing year. "We are emphasising on Made in India, and next year, we will have around 1,200 units locally produced," he added. Most of the company's products are imported from Thailand and the UK.

The company has already started taking booking for the model and deliveries from its 14 dealerships are expected to begin from the next week. The model is powered by a 765-cc engine and comes with switchable traction control and DRL headlights. It is also equipped with ABS, various riding modes and LCD instrument pack.