Business   Companies  12 Jun 2017  Goyal takse a dig at UPA for depending on imported coal
Business, Companies

Goyal takse a dig at UPA for depending on imported coal

India has to import coal for power plants with an installed capacity of 83,100 MW which are designed to feed on imported coal. 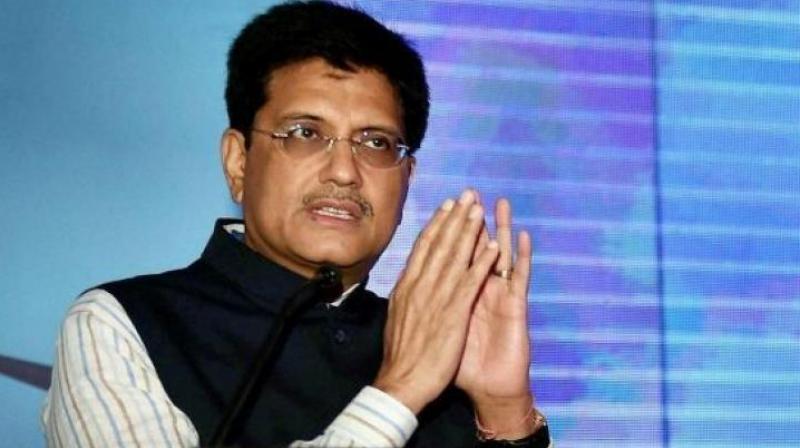 New Delhi: The government today said that despite being rich in coal reserves, the country has to import the fossil fuel for power plants with an installed capacity of 83,100 MW which are designed to feed on imported coal.

"As far as India is concerned, ideally we do not wish to import any coal from anywhere in the world. We have sufficient coal capacity," Union coal and power minister Piyush Goyal said at a press conference here. "The previous government did not even imagine that India could be self-sufficient and could depend solely on its own coal. Because of which 83,100 MW of coal-based thermal power capacity has been set up in this country which is either partially or fully dependent on imported coal," the minister said.

As a result of reduction in coal imports, the government has saved Rs 25,900 crore and also made the nation self- reliant in the fossil fuel. "Thanks to the myopic view of the previous government, today the nation has to pay a price and will continue to pay the price for many years by continuing to import thermal coal to feed this capacity which is designed on imported coal," Goyal added.

On a question of Coal India capex, Goyal said the government is not outlay oriented. "For us outlay is less important. Outcome is more important. I think out of Rs 15,000 crore, Rs 8,750 crore plans have already been finalised for capex based on effective outcomes and rest are under consideration. I may even cancel some of the investments if I don't find it in national interest," he said.

He further said that a number of central public sector undertakings were expanding their footprints into renewable energy space. "Neyveli Lignite and NTPC amongst others have very aggressive plans. I am told Coal India (will)...gradually move up to 10 GW so that the entire demand of Coal India itself is met through clean energy," Goyal asserted. Going forward, he said, renewable energy will overtake - in terms of installed capacity - the conventional thermal power by about 2022.