To overcome the power deficit, Telangana government has embarked on an action plan for capacity addition of around 6,000 MW. 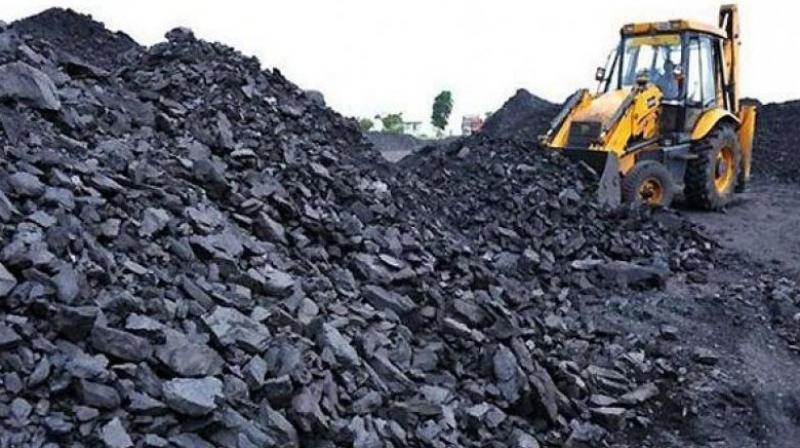 Kalyani Khani-6 Incline in Telangana, having extractable reserves of 15.65 million tonnes (MT), is a new underground coal mining project and carved out of Mandamarri shaft block in Mancherial district of Telangana. (Representational Image)

New Delhi: In a bid to cater to the fuel needs of new power plants, state-owned SCCL has expedited the development of certain coal mining projects, including Kalyani Khani-6 Incline block, and invited expression of interest for carrying out pre-mining activities.

Kalyani Khani-6 Incline in Telangana, having extractable reserves of 15.65 million tonnes (MT), is a new underground coal mining project and carved out of Mandamarri shaft block in Mancherial district of Telangana.

After bifurcation of Andhra Pradesh state, Telangana has become a power deficit state, the PSU said.

To overcome the power deficit, Telangana government has embarked on an action plan for capacity addition of around 6,000 MW.

SCCL is also constructing a power plant of 1,800 MW capacity in Srirampur area in Telangana.

Further, NTPC also has the mandate as per the Andhra Pradesh Reorganisation Act to set up a 4,000 MW power plant in Telangana.

"With the addition of new power plants, there will be an additional demand of SCCL to the extent of 40 MT of coal over and above the existing supplies.

"Therefore, SCCL, being a state-owned public sector company, has the responsibility to cater to the needs of the new power plants coming up in the State.

In view of this, the company has undertaken certain fast track opencast and underground projects to increase production.

"This Project (Kalyani Khani-6 Incline) is one among them. This proposed UG mine will reduce the gap to the extent of its rated capacity of 0.80 MTPA (million tonnes per annum)," the PSU said.

SCCL is the only coal mining company existing in Southern India and supplying coal to the major power utilities of TSGENCO, APGENCO, KPCL and MAHAGENCO.

Apart from power utilities, coal is being supplied to cement, captive power plants, steel and other consumers through fuel supply agreements (FSAs) and has also signed fuel pacts for 20.15 MTPA.

Further, SCCL is supplying coal to small and medium scale sector units to the extent of 3 MTPA.