Although the cost would bankrupt many companies VW has the money, with $33 billion in cash. 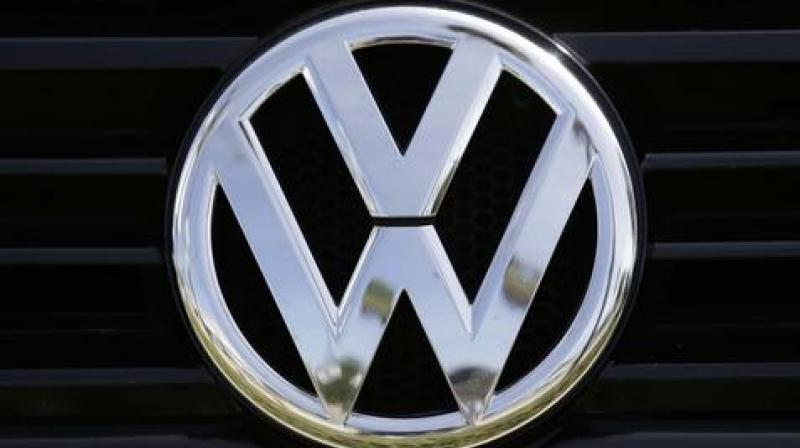 VW admitted installing software in diesel engines on nearly 600,000 VW, Porsche and Audi vehicles in the US that activated pollution controls during government tests

Washington: Six high-level Volkswagen employees from Germany were indicted in the US. on Wednesday in the VW emissions-cheating scandal, while the company itself agreed to plead guilty to criminal charges and pay $4.3 billion - by far the biggest fine ever levied by the government against an automaker.

In announcing the federal charges and the plea bargain, Justice Department prosecutors detailed a large and elaborate scheme inside the German automaker to commit fraud and then cover it up, with at least 40 employees allegedly involved in destroying evidence.

Prosecutors may have trouble bringing the executives to trial in the US. German law generally bars extradition of the country's citizens except within the European Union. Privately, Justice Department officials expressed little optimism that the five VW executives still at large will be arrested, unless they surrender or travel outside Germany.

Still, the criminal charges are a major breakthrough for a Justice Department that been under pressure to hold individuals accountable for corporate misdeeds ever since the 2008 financial crisis.

US. authorities are still investigating just how high the scheme went, and held out the possibility of charges against more VW executives. "We will continue to pursue the individuals responsible for orchestrating this damaging conspiracy," Lynch said.

VW admitted installing software in diesel engines on nearly 600,000 VW, Porsche and Audi vehicles in the US. that activated pollution controls during government tests and switched them off in real-world driving. The software allowed the cars to spew harmful nitrogen oxide at up to 40 times above the legal limit.

US. regulators confronted VW about the software after university researchers discovered differences in testing and real-world emissions. Volkswagen at first denied the use of the so-called defeat device but finally admitted it in September 2015.

Even after that admission, prosecutors said, company employees were busy deleting computer files and other evidence.

The fines easily eclipse the $1.2 billion penalty levied against Toyota in 2014 over unintended acceleration in its cars. VW also agreed to pay an additional $154 million to California for violating its clean air laws.

The penalties bring the cost of the scandal to VW in the United States to nearly $20 billion, not counting lost sales and damage to the automaker's reputation. Volkswagen previously reached a $15 billion civil settlement with US. environmental authorities and car owners under which it agreed to repair or buy back as many as a half-million of the affected vehicles.

Although the cost is staggering and would bankrupt many companies, VW has the money, with $33 billion in cash on hand.

As for why the fine was so big, "the premeditation here was very significant and that was at a very high level in the company," said Leslie Caldwell, an assistant US. attorney general.

"Lower-level people actually expressed concern along the way about the fact these defeat devices were being used and questioned whether they should be used. And higher-up people decided to use them," Caldwell said. "Volkswagen also lied to the regulators and the Department of Justice once our investigation had started. That's what distinguishes this."

Volkswagen pleaded guilty to conspiracy, obstruction of justice and importing vehicles by using false statements. Under the agreement, VW must cooperate in the investigation and let an independent monitor oversee its compliance for three years.

The six supervisors indicted by a federal grand jury in Detroit were accused of lying to environmental regulators or destroying computer files containing evidence.

All six are German citizens, and five remained in Germany. The only one under arrest was Oliver Schmidt, who was seized over the weekend in Miami during a visit to the US.

Schmidt was in charge of VW's compliance with US. environmental regulations. Those indicted also included two former chiefs of Volkswagen engine development and the former head of quality management and product safety. Prosecutors said one supervised 10,000 employees.

All six were charged with conspiracy to defraud the US. by making false statements to regulators and the public. Three were also charged with fraud and clean-air violations.

Government documents say one engine development supervisor asked an assistant to search another supervisor's office for a hard drive that contained emails between them. Then another assistant was asked to throw it away, prosecutors said.

In November 2006, some employees raised objections about the defeat device to the head of VW-brand engine development, prosecutors said. That official allegedly directed the employees to continue and warned them "not to get caught."

In 2014, VW employees learned about a West Virginia University study that found emissions discrepancies in VWs. Three of the supervisors and other employees decided not to disclose the defeat device to US. regulators, prosecutors said.

In August 2015, a VW employee ignored instructions from supervisors and told US. regulators about the device.

VW also faces an investor lawsuit and a criminal investigation in Germany. In all, some 11 million vehicles worldwide were equipped with the software.