The national carrier earned Rs 291 crore as lease rental from the building between 2012-13 and January 2018. 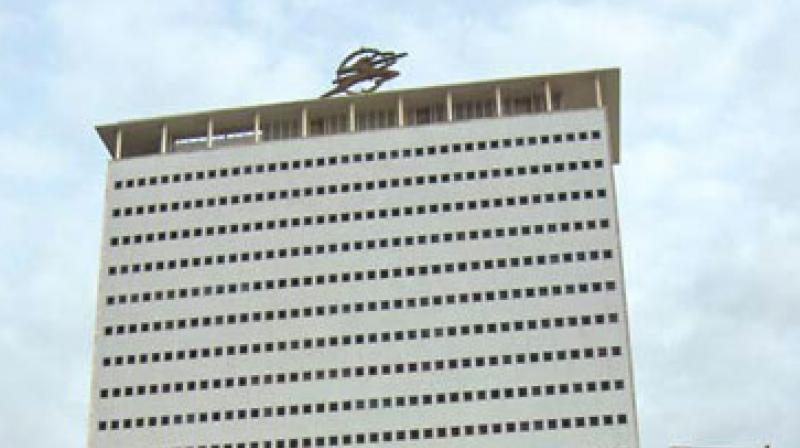 Air India invites sealed bids from government entities for sale of leasehold rights of the land.

Mumbai: Air India has floated tender for the sale of its iconic 23-storey tower at Nariman Point in Mumbai. Only government entities are allowed to participate in the bidding for acquiring leasehold rights of the land and building on “as is where is basis.”

“Air India invites sealed bids from government entities for sale of leasehold rights of the land, and its iconic Air India building constructed hereon at Nariman Point, Mumbai, on as is where is basis,” the tender said.

As per the tender issued in leading newspapers, the interested parties can submit their bids by end of this month. The government had mooted the sale of the Nariman Point building after its bid to divest majority 74 per cent stake in the carrier nose-dived with no one coming forward to file the expression of interest.

The national carrier earned Rs 291 crore as lease rental from the building between 2012-13 and January 2018. In all, it received Rs 543.03 crore by monetising all its fixed assets during the period. Saddled with an unsustainable debt of Rs 50,000 crore, the state-run airline has been surviving on taxpayer money since 2012 when the UPA government approved an Rs 30,231 crore bailout over 10 years.

Earlier, the government had hinted that state-owned Jawaharlal Nehru Port Trust (JNPT) could be a potential buyer for the tower. Later, it appointed consultancy firm Cushman & Wakefield to ascertain the value of the tower.

Air India employees, however, have opposed the move and has sought a rethink on the decision.

Some of the airline insiders FC spoke to doubted the government plan given that general elections are months away as it could send out wrong signal about the central government.

“We don’t think the government will get right price for the building given the prevailing real estate market,” said an executive.