If the recommendations are implemented, the consumers will have to face the brunt of high power tariffs. 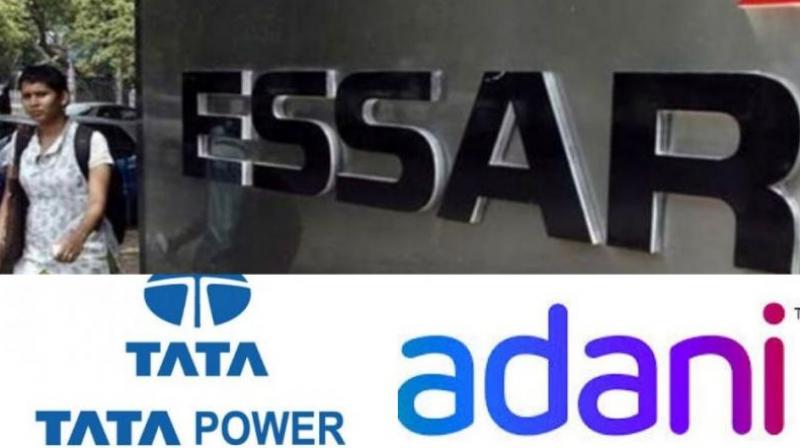 The recommendations of a high-powered committee on stranded power projects set up by the Gujarat government can bring a combined relief of Rs 1.29 lakh crore for Tata, Adani and Essar's power plants in the state over the next 30 years, according to a source.

New Delhi: The recommendations of a high-powered committee on stranded power projects set up by the Gujarat government can bring a combined relief of Rs 1.29 lakh crore for Tata, Adani and Essar's power plants in the state over the next 30 years, according to a source. If the recommendations are implemented, the consumers will have to face the brunt of high power tariffs.

The committee has "submitted its recommendations earlier this month and the three power plants would get a combined benefit of Rs 1.29 lakh crore in next 30 years if the recommendations are implemented", a source said.

"The bankers are already facing a stress of Rs 18,000 crore due to these plants. Besides, the consumers will face the brunt of higher power tariff in the states that inked power purchase agreements with these plants..."

The panel's recommendations are measures to find a resolution to the losses suffered by the three identified power projects in Gujarat -- 4,000 MW Coastal Gujarat Power Limited of Tata Power, 4,620 MW at Mundra, Adani Power Mundra Limited and 1,200 MW Essar Power Gujarat Power Limited at Salaya. The Supreme Court had ruled that these plants can not pass through the increase in cost of imported coal under change in law clause to consumer.

The cost of coal had risen due to change in regulation in Indonesia. The source said, "It is understood that the committee has recommended complete pass-through of fuel costs; extension of PPA (power purchase agreements) term and sacrifice by lenders. The resolution, if adopted, will burden the consumers with the risk of both increase in imported coal price as well as risk of Rupee-USD exchange rate variations for a period of over 30 years."

He further said, "The risk stands transferred from project developers to consumers and lenders, without any fault of theirs. The Rs 1.29 lakh crore benefit to power developers will burden the consumers in Gujarat, Haryana, Maharashtra, Punjab and Rajasthan."

In Gujarat alone, consumers will have to bear the burden of Rs 90,000 crore. The issues causing hardship to these projects were deliberated at length within the legal and regulatory framework available in the country – the CERC (Central Electricity Authority, APTEL (Appellate Tribunal for Electricity) and the Supreme Court.

The source said "that the recommendations of the panel are clearly violative of judgment of the apex court and are aimed at providing a specific bail out to Tatas, Adanis and Ruias, at the cost of consumers".

Apart from the consumers, the public sector banks will incur losses of Rs 18,000 crore for erroneous decisions taken initially by the project sponsors and now by the high-powered committee, the source added. The recommendations will be implemented through a directive to be given by the state governments to discoms in the respective states.