A new auto policy with roadmap for electric vehicles is in works and likely to be made public before year-end. 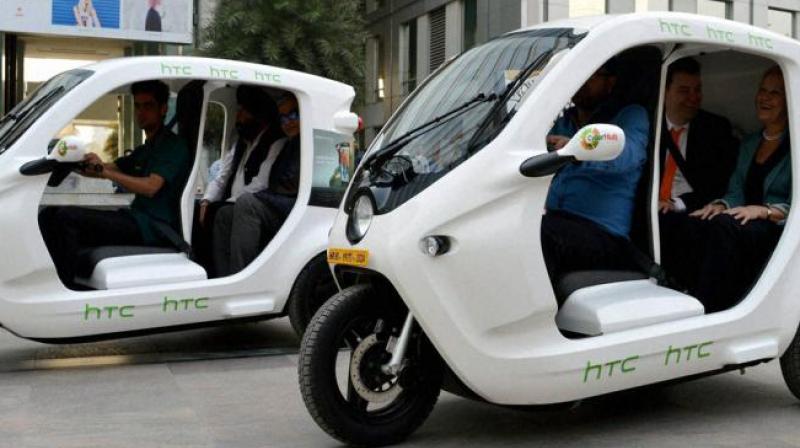 A new auto policy is in the works and will include a roadmap for electric vehicles, a government official said, adding that this is likely to be made public before year-end.

Engine-maker Cummins India is investing in research on electric mobility solutions for India, while Hyundai Motor Co has begun talks with some of its suppliers for components for electric cars, company executives said.

“This is going to be a major challenge but it is one we have to embrace and not duck,” Anant Talaulicar, managing director, Cummins India said.

He said commercial vehicle makers in India have asked Cummins to look into electric mobility solutions and only once they make a proposal will the company commit to capital investments.

“It will not happen so soon. First we need to demonstrate the technology,” he said, adding that the company is open to acquisitions and partnerships as it would help get access to the technology faster.

Electric vehicles are expensive due to the high cost of batteries which are still not manufactured in India, and carmakers say a lack of charging stations could make the whole proposition unviable.

But the government is determined to push ahead.

In a stern warning to the auto industry, road transport minister Nitin Gadkari on Thursday asked companies to start building electric and alternative fuel vehicles or risk being overtaken by policy changes.

“Don’t get confused about policy and rules, foray into electric bikes, buses and cars. I won’t seek your suggestions over this. You have to diversify,” Gadkari said.

In May India’s leading think-tank laid out a 15-year roadmap for electrifying all new vehicles in the country by limiting registration of petrol and diesel cars while giving incentives and subsidies on sales of electric cars.

Electric car sales in India, one of the world’s fastest-growing car markets, are negligible compared with annual sales of over 3 million petrol and diesel cars last fiscal year, according to industry data.

Mahindra & Mahindra is the only electric car maker in India but in a few years it may be joined by Tata Motors which has explored the possibility of building electric cars on its existing platform, managing director Guenter Butschek said.

Hyundai, which shelved plans to launch hybrid cars in India after the government’s electric push, said it will need to customise its existing electric cars for the Indian market.

If it is unable to adapt existing products, it will look at developing new electric cars for India, said Rakesh Srivastava, director, sales and marketing.

The Korean carmaker has begun talks with its existing suppliers but is also open to forming new partnerships to source components for electric cars.

“We would like to take a fresh look because we will need volumes,” Srivastava said.