At present only Khadi yarn produced in the sector is exempted, while other Khadi products attract a 5 per cent gst levy. 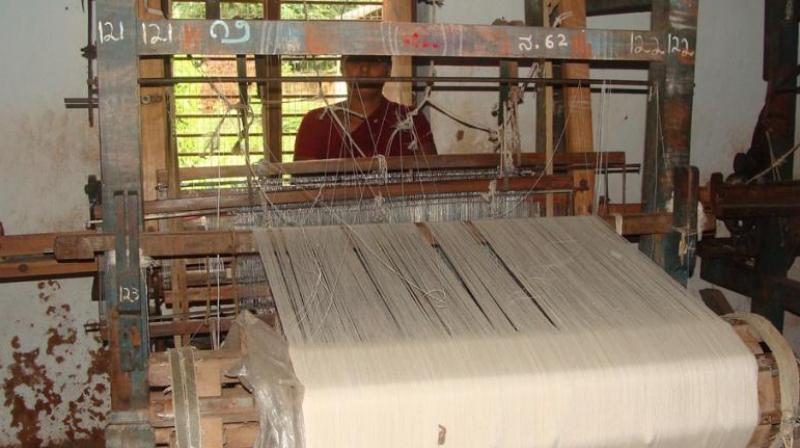 The entire Khadi and Village Industries sector has enjoyed the benefit of tax exemption even in pre-independence era. (Photo: Representative image/ Pixabay)

New Delhi: The MSME Ministry has asked its Finance counterpart to consider exemption of Khadi sector from GST or ensure a seamless flow of input tax credit for Khadi Institutions to claim it, the government said in Parliament on Thursday.

At present only Khadi yarn produced in the sector is exempted, while other Khadi products attract a 5 per cent Goods and Services Tax (GST) levy. The entire Khadi and Village Industries sector has enjoyed the benefit of tax exemption even in pre-independence era.

"With the exemption to the SSI sector being drastically reduced from the existing Rs 150 lakh to Rs 20 lakh, the exemption cover enjoyed by many of the Khadi Institutions has been removed. Khadi Institutions are now mandated to obtain registration under GST and also pay GST on various Khadi products which is 5 per cent," Minister of State for MSME Shri Giriraj Singh said in a written reply in Rajya Sabha.

The minister informed that the products of the Village Industries sector were taxed at zero to 14.30 per cent before the GST while post-GST, the same products attract 12-28 per cent tax.