Pai bracketed Murthy, along with J R D Tata and Dhirubhai Ambani, as the three biggest business icons India has ever produced. 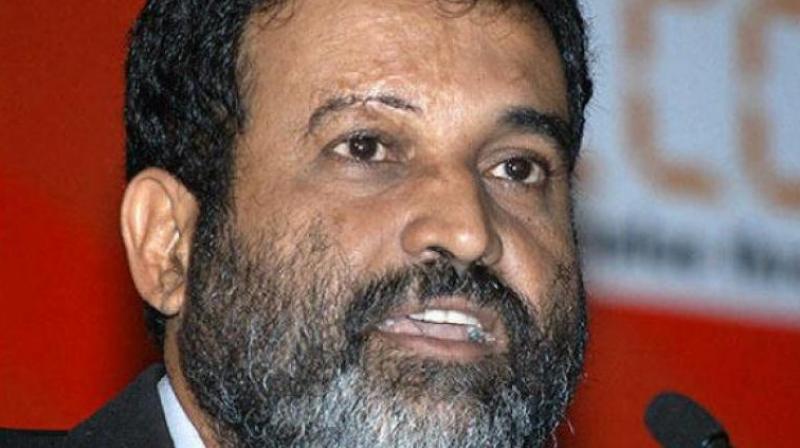 He also pushed for nominating two new board members representing the founders, who still hold 13 per cent stake and classified as promoters, at the Bengaluru-headquartered IT major to give "continuity" to the company.

Pai bracketed Murthy, along with J R D Tata and Dhirubhai Ambani, as the three biggest business icons India has ever produced.

"My personal view is Narayana Murthy should come back as Chairman Emeritus," he told PTI in an interview, noting that the role is not a legal position nor has it something to do with strategy-related matters.

"As Chairman Emeritus, people can look up to him to give his views...these are (views on) governance, nothing to do with management, strategy and all that. May be Murthy should come back as Chairman Emeritus, where he has no operational responsibility," Pai said.

He sought to draw a parallel with Ratan Tata, who is Chairman Emeritus of the Tata Sons, which is the promoter of the major operating Tata companies and holds significant shareholding in them.

"Ratan Tata felt something was going wrong, he gave his views. So, for great companies which have great founders, Chairman Emeritus position is there where you can express your views," Pai said.

Murthy is passionate about governance standards because the company had set them for India and emerging markets, Pai said.

Pai also said it is "obvious" that the high standards set by the founders in many areas vis-a-vis corporate governance have not been followed by the company and as the founders still hold 13 per cent, it might be good to have at least two or three board members who represent the founders to "give continuity" to the company.

Noting that Murthy and the founders are the biggest shareholders of Infosys, he said they have every right to write to the company on certain corporate governance standards that the company is supposed to follow.

"They are exercising their legal right to write. And if the board does not consider them, rubbishes them, and does not answer the questions they have raised, they have every right to raise it in public," he said.

"The problem has arisen because the board has not answered the questions Murthy had raised about governance," he added.