Govt plans to reward oil cos with additional exploration rights

Move to open up additional revenue opportunities for incumbent companies. 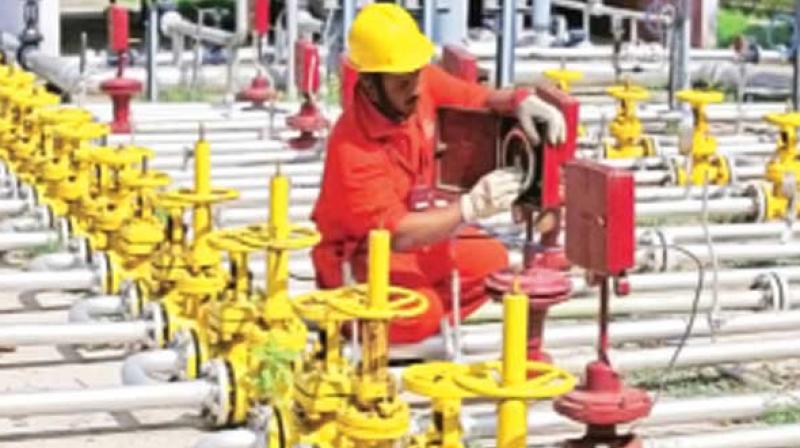 Under the PSC regime, oil firms are allowed to recover their cost first before earnings from blocks are shared with the government.

New Delhi: The government proposes to reward oil and gas exploration companies such as ONGC, Reliance, BP and Cairn Oil and Gas with permission to extract unconventional hydrocarbon sources like gas hydrates, CBM, shale oil and gas from their operational blocks awarded under NELP and pre-NELP rounds.

The changes would be akin to the new Hydrocarbon Exploration and Licensing Policy (HELP) announced last year that established a uniform license framework for exploration and production of all forms of hydrocarbon from a block. It will open up additional revenue opportunities for incumbent players some of whom are battling production decline.

Sources said the new policy has already been finalised by the petroleum ministry which will soon move a cabinet note seeking approval for extending additional exploration rights to operators of oil and gas blocks awarded under the New Exploration and Licensing Policy (NELP) and bring them at par with entities seeking hydrocarbon exploration under HELP.

Under the proposed policy, operators of oil and gas blocks allotted under NELP and pre-NELP rounds would need to sign a fresh contract with the government that will allow them to extract other hydrocarbon forms available in their existing contract area. This contract would be on the lines of HELP that will allow companies to share revenue with the government while enjoying complete freedom over marketing and pricing of all unconventional hydrocarbons resources.

However, in the new system, companies would continue to function under the production sharing contract (PSC) for traditional hydrocarbon sources such as crude oil and gas that they are producing at present.

Under the PSC regime, oil firms are allowed to recover their cost first before earnings from blocks are shared with the government.

Government has already approved a policy for extending the term of pre-NELP oil and gas production contracts (signed prior to 1999) in a bid to bolster energy security. The policy enables contractors to extract additional reserves from blocks. But they will have to pay a higher share of profits to the government during the extension.

The government’s share of profit petroleum during the extended period of contract would be 10 per cent more than existing sha-re applicable for these fields.

“The new policy to allow extraction of unconventional hydrocarbon resources from existing blocks would certainly help companies bolster their revenues, especially in cases where production of oil and gas has seen a decline. But the government should first correct the current rules that put additional burden of profit petroleum on existing explorers mid-way through their ongoing contracts,” said an analyst wishing anonymity.

It is expected that fresh changes in oil and gas contracts would help companies such as ONGC, Cairn, OIL that are more active on their onshore fields having potential CBM and shale oil and gas. Gas hydrates could also be extracted from offshore blocks of companies such as RIL but that is an expensive process and technologies ha-ve also not been perfected.

At present, out of 310 exploration blocks awarded so far under various bidding rounds (discovered field, pre-NELP & NELP), 189 blocks/fields are operational. 17 blocks under nomination are being operated by ONGC and OIL.

As many as 117 companies are operating in these blocks post the ninth NELP round. This has at least 11 public sector undertakings, 58 private firms and 48 foreign companies.