Business   Companies  11 May 2017  SBI to levy Rs 25 for all ATM withdrawals from June 1
Business, Companies

Bank will also charge amount for exchange of 'sullied' notes worth and above Rs 5,000. 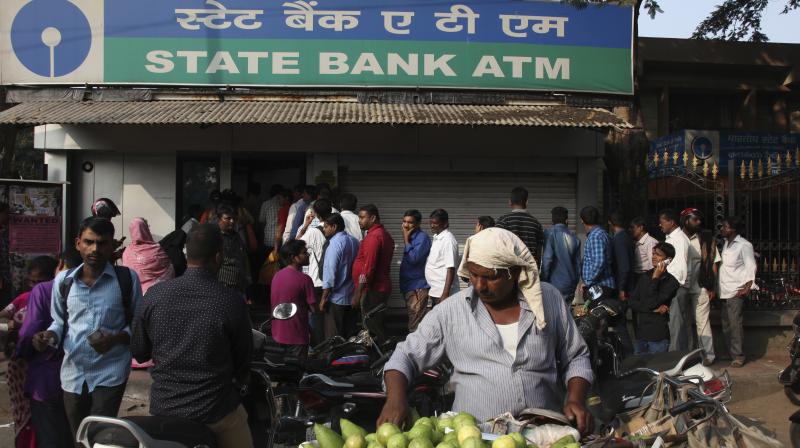 Mumbai: State Bank of India, country's largest public sector lender, has said it will start levying Rs 25 for every withdrawal done at its automated teller machine or ATM kiosks, according to a report in The Financial Express.

The new charges will be applicable to SBI card holders as well and they will also be required to pay the levy. The bank has also clarified that it will also charge the amount for exchange of "sullied" notes worth and above Rs 5,000.

A public outcry broke out in Kerala after bank customers came to know that SBI has revised its ATM withdrawal charges. Many customers who were lined up at SBI cash kiosks expressed their anger.

“This is outrageous and the central government is cheating the people. Ever since the demonetisation began, the Centre has been bullying people. This is going to be taken up in and out of parliament very strongly,” FE quoted CPI-M Lok Sabha member M B Rajesh as saying.

Popular film personality Shobi Thilakan was another big personality who slammed the recent government move which according to him was “anti-people policy" of the central government.

Kerala has 880 State Bank of Travancore branches of which more than 400 were closed due to bank holiday. The state also has over 800 State Bank of India branches.

The recent move comes weeks after SBI made maintenance of monthly minimum balance compulsory in savings accounts under metro, urban, semi-urban and rural categories. All categories require Rs 5,000, Rs 3,000, Rs 2,000 and Rs 1,000 minimum balance to be maintained to avoid suspension of the accounts after a said period.