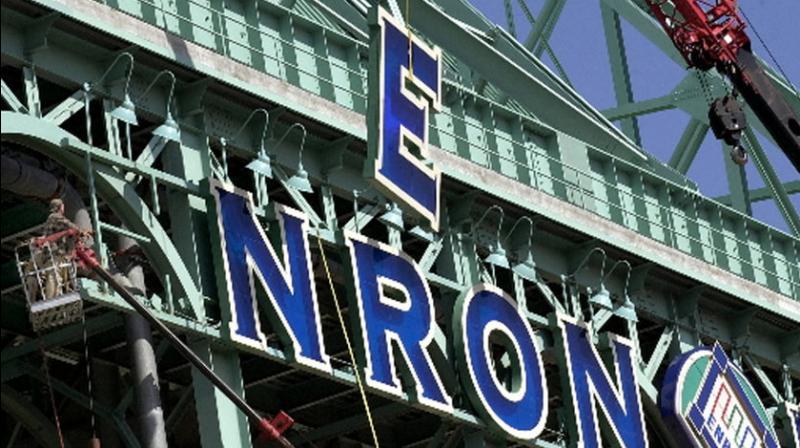 New Delhi: The Supreme Court on Thursday closed the case of alleged corruption involving politicians, bureaucrats and corporates in the Enron-Dabhol power project, noting the inordinate delay in the case which was filed in 1997.

A bench comprising Chief Justice Ranjan Gogoi and Justices Deepak Gupta and Sanjiv Khanna allowed the plea of the Maharashtra government to close the case.

The USD 3 billion mega power project was set up in Maharashtra by US-based Enron and its associates Dabhol Power Corporation in 1996 after signing of Power Purchase Agreement (PPA) with Maharashtra State Electricity Board (MSEB) in 1993.

The apex Court had in 1997 admitted the petition of the Centre for Indian Trade Union (CITU) challenging a Bombay High Court order upholding the PPA and issued notice to MSEB on the role of government and its officials in the signing of the agreement.

In the previous hearing on February 14, the court was informed by the Maharashtra government about the developments that have taken place since the matter came up before the Bombay High Court in 1996.

The state government had appointed a committee headed by IAS officer Madhav Godbole which in its report in April 10, 2001 suggested the setting of a judicial commission after giving its finding of alleged irregularities in the deal.

The report, which was submitted to the Maharashtra government, had dealt with handling of the issues during the tenure of Sharad Pawar as the Chief Minister when he was in Congress Party, the 13-day BJP-led Union government which reworked the deal in 1996, the then Shiv Sena supremo Balasaheb Thackeray and his government in Maharashtra headed by Manohar Joshi.

According to the suggestion of the Godbole Committee, a one-man enquiry commission headed by Justice S P Kurdukar, former apex court judge, was appointed.

However, proceedings before the Justice Kurdukar Commission, was stayed in April 2003 as the Centre had filed a lawsuit against the Maharashtra government which was later dismissed paving the way for the commission to go ahead with the proceedings, which never happened.

The last information made available to the apex court was on March 7, 2018 by the Centre that the Union of India was no longer interested in the Commission (headed by Justice Khurdukar) to continue.

In July 2005, Ratnagiri Gas and Power Pvt Ltd, a joint venture of NTPC, GAIL and Maharashtra government was set up to take over and revive the assets of the defunct DPC.

In an earlier order, the apex court had said it was hearing the matter as a public interest litigation and as the principal issue arising for decision was to determine the question of accountability of the Maharashtra government and its officials.