Bharti Airtel said the Note 9 (128 GB) will be available through its online store. 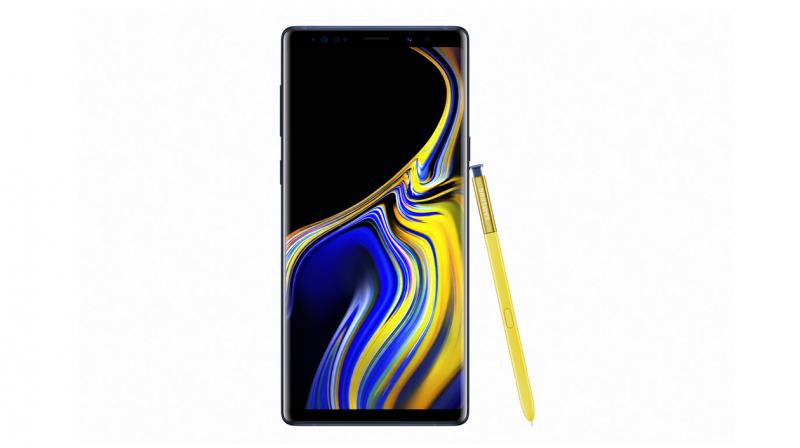 Electronics major Samsung has said it will start shipping its premium flagship 'Note 9' in the Indian market, priced Rs 67,900 onwards.

The device, which was unveiled yesterday at the Barclays Centre here, is available for pre-booking in India with availability expected to begin later this month. "Galaxy Note 9 will be available in 128GB and 512GB variants and will be priced at Rs 67,900 and Rs 84,900, respectively," Samsung said in a statement.

It, however, did not disclose the date of availability. The Note 9 smartphone would be available in India in three colours — Midnight Black, Ocean Blue and Metallic Copper, it added. The Note 9 will be available in select markets from August 24, 2018, it had announced yesterday.

In a separate statement, telecom operator Bharti Airtel said the Note 9 (128 GB) will be available through its online store. "Customers can pre-order the smartphone on the Airtel Online Store starting August 11, 2018 and Airtel will begin the delivery of the device starting August 22, 2018," it added.

Estimate suggest that quarterly smartphone shipments in the category range between 1-1.5 million units. Earlier this year, Samsung had unveiled the latest edition of its other flagship Galaxy S9, priced at Rs 57,900 onwards. According to market watchers, Samsung is betting heavily on the success of its flagship devices in India, which is among the largest smartphone markets.

It will have two variants -- 6GB RAM/128GB internal memory (expandable up to 512GB) and 8GB RAM/512GB internal memory (expandable up to 512GB). Samsung has incorporated bluetooth capability in its signature S Pen stylus, which can be used to control music playback and camera shutter. Besides, the company has also added artificial intelligence (AI) features to enhance camera capabilities.