NDMA guidelines said while restarting a unit, first week should be considered as trial run period after ensuring all safety protocols 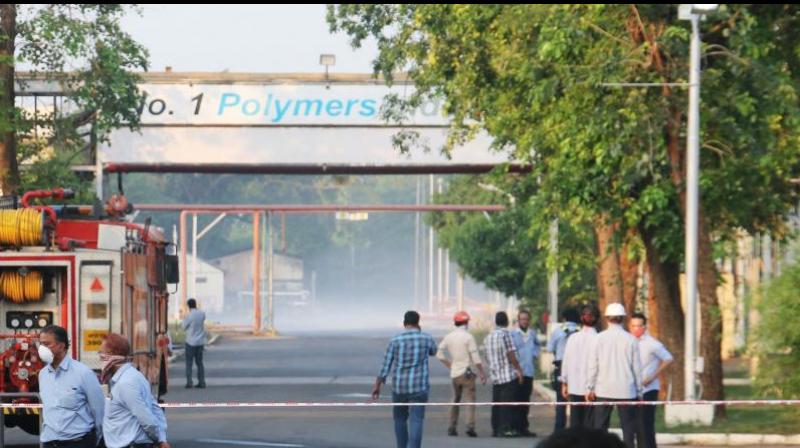 On Thursday, leakage of styrene gas from the LG Polymers factory near Venkatapuram in Visakhapatnam led to the death of 12 people and hospitalisation of hundreds. (DC Photo: P Narasimha Murthy)

New Delhi: In the wake of the gas leak at a factory in Visakhapatnam, the National Disaster Management Authority (NDMA) has issued detailed guidelines for restarting industries after the lockdown and the precautions to be taken for the safety of the plants as well as the workers.

In a communication to all states and union territories, the NDMA said due to several weeks of lockdown and the closure of industrial units, it is possible that some of the operators might not have followed the established standard operating procedures.

As a result, some of the manufacturing facilities, pipelines, valves may have residual chemicals, which may pose risk. The same is true for the storage facilities with hazardous chemicals and flammable materials, it said.

The NDMA guidelines said while restarting a unit, the first week should be considered as the trial or test run period after ensuring all safety protocols.

Companies should not try to achieve high production targets. There should be 24-hour sanitisation of the factory premises, it said.

The factories need to maintain a sanitisation routine every two-three hours especially in the common areas that include lunch rooms and common tables which will have to be wiped clean with disinfectants after every single use, it added.

For accommodation, the NDMA said, sanitisation needs to be performed regularly to ensure worker safety and reduce the spread of contamination.

To minimise the risk, it is important that employees who work on specific equipment are sensitised and made aware of the need to identify abnormalities like strange sounds or smell, exposed wires, vibrations, leaks, smoke, abnormal wobbling, irregular grinding or other potentially hazardous signs which indicate the need for immediate maintenance or if required shutdown, it said.

At least 11 people lost their lives and about 1,000 others were exposed to a gas leak at a factory in Andhra Pradesh's Visakhapatnam on May 7.

The incident took place after it restarted operations when the government allowed industrial activities in certain sectors following several weeks of lockdown.

The lockdown was first announced by Prime Minister Narendra Modi on March 24 for 21 days in a bid to combat the coronavirus threat. The lockdown was then extended till May 3 and again till May 17.