The airline is planning to buy planes worth USD 1.3 billion to tap the regional aviation market 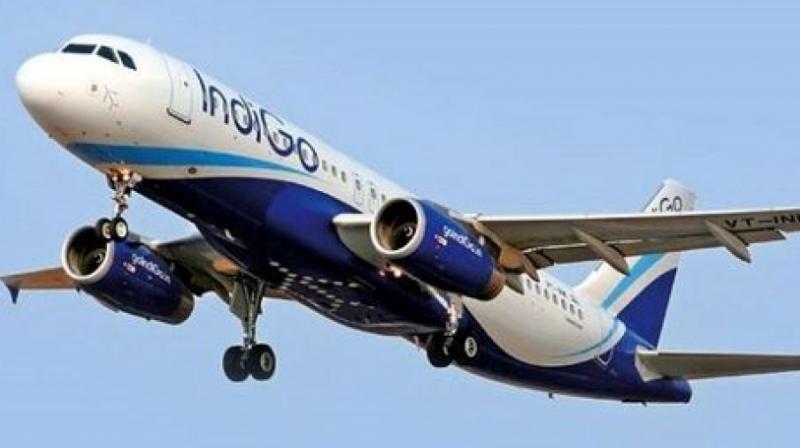 New Delhi: IndiGo today announced plans to buy 50 ATR turbo-prop planes worth USD 1.3 billion as the no- frills airline seeks to tap the regional aviation market by starting flights with new aircraft by the year end.

Eyeing "tremendous growth opportunities in tier 2 and 3 cities," IndiGo is expected to be part of the government's ambitious regional air connectivity scheme UDAN in a "big way" by inducting the ATR planes.

As per France-based ATR, the 72-600 plane -- powered by Pratt & Whitney engine -- would have 68-78 seats. The largest domestic airline in terms of market share, IndiGo would be only the third scheduled carrier after Air India and Jet Airways to have ATR planes in its fleet.

A term sheet has been signed between IndiGo and Avions de Transport Regional GIE (ATR) for purchasing 50 ATR 72-600 aircraft, the two companies said in separate releases.

IndiGo would have the "flexibility to reduce the number of aircraft deliveries based on certain conditions". The term sheet is subject to reaching a mutually satisfactory final purchase agreement with ATR and the engine manufacturer, the airline said.

"Assuming that both the intended final purchase agreement are reached, IndiGo plans to launch its turbo-prop operation at the end of calendar 2017 and expects to induct up to 20 ATR aircraft by December 2018," it added.

IndiGo President and Whole Time Director Aditya Ghosh said that in support of UDAN mission, "we are embarking on a journey to build a nation-wide regional network and connect cities that have not benefited from the growth in Indian aviation".

Announcing the signing of term sheet, France-based ATR said the deal is "valued at over USD 1.3 billion at list price". At current foreign exchange rate, USD 1.3 billion translates to more than Rs 8,400 crore.

The airline is currently preparing for an ambitious development of its regional footprint, ATR noted. The country's domestic aviation market has been witnessing robust growth and sees close to 100 million passengers. It is expected to become world's third largest market by 2020, according to ATR.

"IndiGo is one of the most respected, efficient and demanding airline in the world. Today they have selected the ATR 72-600s as the best solution to effectively implement their ambitious plans to build a nationwide regional network," ATR Chief Executive Officer Christian Scherer said.

At the end of March the airline had 131 aircraft from Airbus, including 19 A320 neos. By next March, Indigo expects to have a total of 170 A320 planes. During a conference call to discuss the latest quarterly results, a senior IndiGo official said there are "tremendous growth opportunities in tier 2 and tier 3 cities".

When asked about specific plans with new ATR planes, the official said it would be too early to comment on route planning. "We will announce (the plans) in some time," he added.

"Assuming we reach a final agreement with ATR, expect to have up to 7 ATR-72-600 aircraft by March 2018," IndiGo said in the release. About the airline's ATR strategy, a senior official said the synergies of having Airbus as well as ATR fleet would be captured even as he indicated that there would be separate operations.

Having separate operations would allow the airline to ensure that "complexity does not creep into either of the two operations (Airbus and ATR)", the official noted. Aviation think tank CAPA said that while the ATR order is not surprising, it is possible to see this operating under a separate subsidiary.

On the sidelines of an event in the national capital, Civil Aviation Secretary R N Choubey said IndiGo has told the Ministry that it would be participating in the second round of UDAN in a "big way".

The second round of bidding under UDAN is expected in three months while in the first round, five airlines won bids to operate on 128 routes connecting 70 airports. At present, Jet Airways and Air India are the only scheduled domestic carriers that operate ATR aircraft.

Jet Airways has 18 ATR planes in its fleet, while Air India group has eight such aircraft, according to their websites. There are 15 ATR 72-500 and 3 ATR 72-600 planes with Jet Airways.