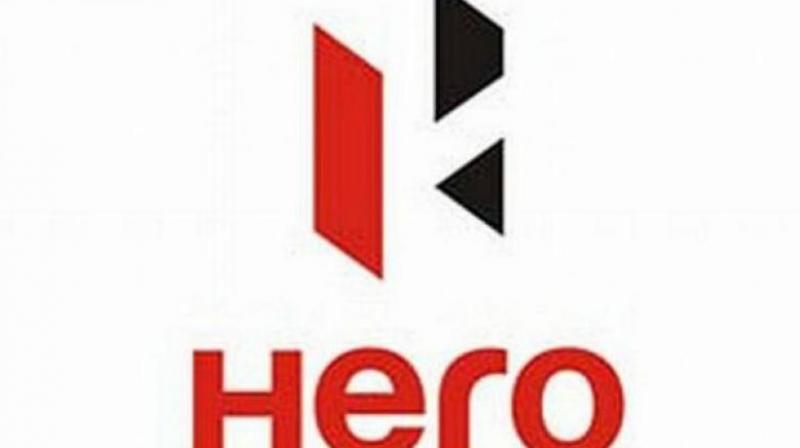 New Delhi: India's largest two-wheeler maker Hero MotoCorp today registered a 13.86 per cent decline in its net profit at Rs 717.75 crore for the fourth quarter ended March, hit by lower sales during the period. The company had reported a net profit of Rs 833.29 crore in the same quarter of the previous fiscal.

The two-wheeler major sold a total of 66,64,240 units during the fiscal as against 66,32,322 in 2015-16, a marginal increase. Hero MotoCorp Chairman, Managing Director and CEO Pawan Munjal said: "In the domestic market, we have maintained our leadership in a volatile and intensely competitive environment."

He further said: "In 2016-17, we made some key inroads into global markets, including the launch in Argentina and Nigeria. Our new manufacturing facility in Bangladesh will also commence operations in 2017-18."

The company will invest Rs 2,500 crore till 2018-19 in new product development, phase-wise capacity expansion in Gujarat and upcoming plants in Andhra Pradesh and Bangladesh along with digitisation, Munjal said. The capex also includes upgradation and modernisation of plant machinery.

Hero MotoCorp further said it has lined up a dozen new launches for the ongoing fiscal. The company's board, which met today, recommended a final dividend of Rs 30 per share of Rs 2 each for 2016-17.

This dividend together with interim dividend of Rs 55 per share of Rs 2 each already paid will aggregate 4,250 per cent for the full year, the company said. The stock today ended 0.99 per cent up at Rs 3,322.40 on the BSE.