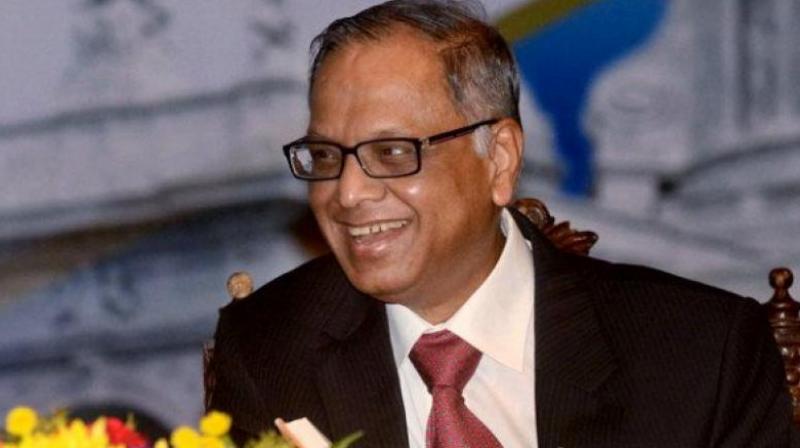 Mumbai: Infosys co-founder and former chairman N R Narayana Murthy on Friday set aside speculations doing the rounds over chief executive Vishal Sikka and his purported severed ties with the IT firm’s founders.

“We are quite happy with Vishal Sikka, he is doing a good job,” Murthy told CNBC-TV18 in an interview.

Murthy who headed the second largest software and technology company in India till he stepped aside in October 2014 put severance package given to Rajiv Bansal, former chief financial officer at Infosys, under crosshairs.

Murthy does not buy the theory that Bansal was given huge quitting package as a ‘hush’ money to safeguard company’s secrets. "So many people have had crucial inside information, why pay only Bansal,” Murthy questioned.

Bansal who quit Infosys as CFO and joined Ola in January 2016 was given 30 months' salary as a severance package that has been at the heart of purported 'rift' at Bengaluru-based firm.

"30 month severance package is not a standard practice in India. We did not pay any severance package to Mohandas Pai, V Balakrishnan, Ashok Vemuri, B G Srinivas," Murthy said. These old timer Infoscions had joined Infosys during initial stages of the IT company.

There is a little bit of consternation over ex-CFO Bansal's severance package, Murthy said. According to reports, Rajiv Bansal was given Rs 17.4 crore at the time he left Infosys as chief financial officer.