So far 57 post offices are providing Passport Seva and in the coming days 93 more will be added to the list. 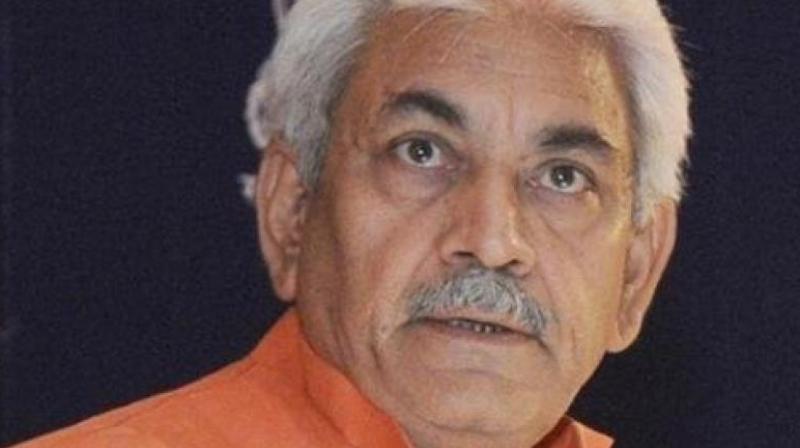 "For India Post Payments Bank...we will be opening nearly 650 branches across India. Two, namely in Raipur and Ranchi, have already started. The aim is that through 650 post payments bank, we can push financial inclusion in 1.55 lakh villages," Sinha said.

Sinha exhorted the postal employees to continue reorienting themselves with technological changes and disruptions in order to bring innovative offerings to consumers, all the while upholding the societal values.

"With the way technology is changing and given the disruptions, it is good to link yourself with technology but department's values too have to be maintained, and that is the biggest challenge," he said highlighting the long history of Indian postal services, particularly the significance of the postman in rural India.

The e-IPO was launched in denominations of Rs 20, Rs 50 and Rs 100 and now can be used for fee payment for educational institutions and other purposes. Earlier, e-IPO of Rs 10 could be used for RTI purposes only. The e-IPO has been rolled out as a pilot project in Bihar, Delhi and Karnataka and is expected to be launched in the entire country in the next two months.

"Customer can purchase e-IPO online from ones home or workplace, as per ones convenience. This launch is a part of Digital India initiative as the payment will be made through debit card, credit card, net banking," Department of Post said in a statement.

The minister said the Indian postal department has undergone a major transformation over the years, be it inter- operability of ATMs, core banking or providing of Passport Seva and Aadhaar enrolment. He said so far 57 post offices are providing Passport Seva and in the coming days 93 more will be added to the list.

On the other hand, the International Tracked Packet service aims at meeting the cross border requirements of e- commerce sector in Asia-Pacific Region. The service will be available in 12 countries initially.

"This new service has many features like affordable price, track and trace, volume discounts, pick-up facility, compensation for loss or damage...," the statement said adding India Post website too has been revamped making it more user- friendly and informative.