Hyderabad saw a jump of 813 per cent in new affordable launches during the period under review. 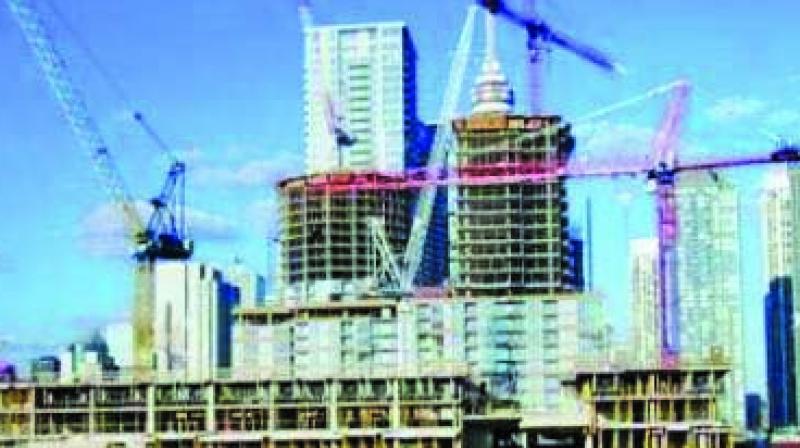 Overall residential unit launches recorded a decline of 33 per cent, and was at approximately 60,000 units in the first three quarters of 2017.

Kolkata: New affordable housing units grew27 per cent, whereas the overall new residential launches declined by 33 per cent during the January-September 2017 period compared to the same period last year, a study has found.

"Affordable housing sector has recorded a surge of 27 per cent in new units launched (y-o-y). However, overall residential unit launches recorded a decline of 33 per cent, and was at approximately 60,000 units in the first three quarters of 2017 (January-September)," a research report by realty consultant Cushman & Wakefield, covering the top eight cities of India, said in a statement.

All the cities, except Mumbai, saw a decline in new launches, mostly due to the introduction of Real Estate Regulatory Act (RERA) and GST implementation, the stufy said.

"Affordable housing is an attractive proposition both for developers and consumers as the demand is huge and largely unmet. The high focus of the central government has resulted in the availability of more funding options for the developers such as ECB, FDI and debt financing from national financial institutions at highly competitive rates.

"However, there are challenges for affordable housing projects in tier-I cities, where land costs and availability within established locations are very difficult," Cushman & Wakefield India managing director, Anshul Jain said.

Hyderabad saw a jump of 813 per cent in new affordable launches during the period under review, followed by Mumbai with 331 per cent. Kolkata witnessed marginal rise of five per cent. Bangalore, Chennai, Delhi-NCR and Pune witnessed a decline in new launches in the segment.