Panel, headed by PNB chairman, to report in 2 weeks 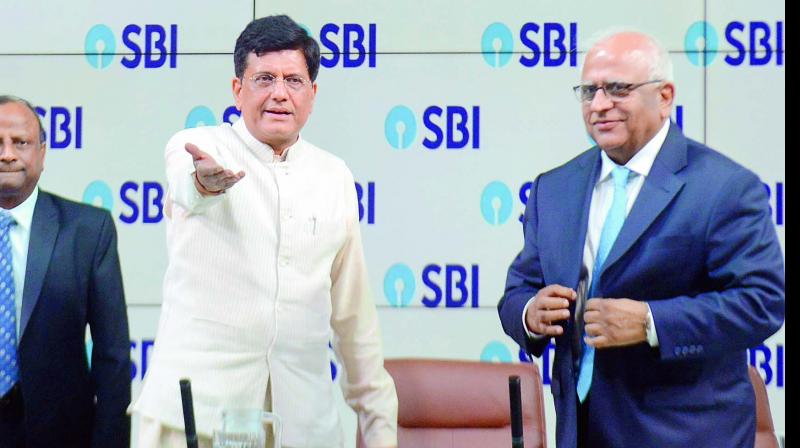 The minister said that the issue of stressed assets in the banking system would not be allowed to hamper credit flows to small and medium enterprises (SMEs), exporters and other borrowers with good credit history.

With the Reserve Bank of India (RBI) placing restriction on a few lenders under the Prompt Corrective Action (PCA) mechanism due to worsening asset quality, Mr Goyal after holding discussion with the heads of all public sector banks on Friday said the lenders who have the capital and liquidity in the consortium have agreed to step in and take the share of troubled banks.

He informed that the PSBs have set up a panel under the chairmanship of Punjab National Bank (PNB) chief Sunil Mehta to consider setting up of an asset reconstruction company (ARC) or asset management company (AMC) for quick resolution of stressed assets in the system. The panel has been asked to submit its report in next two weeks.

Additionally, PSBs are also planning to establish a screening committee or an oversight committee comprising external experts like retired judge of high court or retired heads of banks to get their feedback on the resolution mechanism adopted by the banks.

On asked whether the government would increase the quantum of capital infusion into public sector banks in FY19, the minister said the government stand fully committed to support each and every PSBs and would take all measures necessary to improve the governance and health of state owned banks.

The government has planned a capital infusion of `65,000 crore in FY19. Moody’s Investors Service said the government’s recapitalisation plan is expected to broadly resolve the regulatory capital needs of the country’s 21 PSBs and help augment the banks’ loan-loss buffers, but will be insufficient to support credit growth.

With regards to mergers among public sector banks, Mr Goyal said the government’s policy is not to interfere with their operations and it is up to individual banks to decide on the basis of potential synergies.

“After experiencing initial pain, we have finally started seeing the benefit of merger of our associate banks,” he added.