IMF is expecting India to grow by 7.7 per cent after disruptions caused by demonetisation, 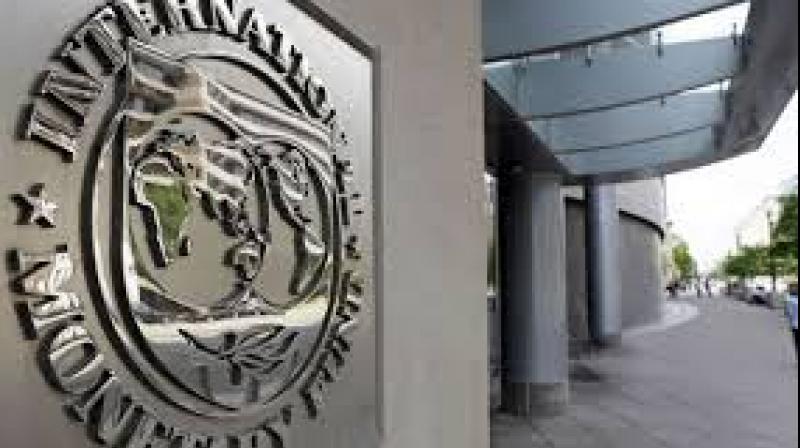 Washington:  India's growth is expected to rebound to 7.2 per cent in the 2017/18 fiscal and 7.7 per cent in 2018-19 after disruptions caused by demonetisation, the IMF said today, while recommending the removal of long-standing structural bottlenecks to enhance market efficiency.

The temporary disruptions (primarily to private consumption) caused by cash shortages accompanying the currency exchange initiative are expected to gradually dissipate in 2017 as cash shortages ease, the International Monetary Fund said in its regional economic outlook.

Such disruptions would also be offset by tailwinds from a favourable monsoon season and continued progress in resolving supply-side bottlenecks, the IMF said. The investment recovery is expected to remain modest and uneven across sectors as deleveraging takes place and industrial capacity utilization picks up, it noted.

"In India, growth is projected to rebound to 7.2 per cent in FY2017?18 and further to 7.7 per cent in FY2018?19," the IMF said. "Headwinds from weaknesses in India?s bank and corporate balance sheets will also weigh on near-term credit growth.

According to the report, growth in Asia is forecast to accelerate to 5.5 per cent in 2017 from 5.3 per cent in 2016. Growth in China and Japan is revised upward for 2017 compared to the October 2016 World Economic Outlook, owing mainly to continued policy support and strong recent data.

Growth is revised downward in India due to temporary effects from the currency exchange initiative and in South Korea owing to political uncertainty. Over the medium term, slower growth in China is expected to be partially offset by an acceleration of growth in India, underpinned by key structural reforms.

According to the report, in India, improving productivity in the agriculture sector, which is the most labour-intensive sector and employs about half of Indian workers, remains a key challenge.

More needs to be done to address long-standing structural bottlenecks and enhance market efficiency, including from liberalising commodity markets to giving farmers more flexibility in the distribution and marketing of their produce, which will help raise competitiveness, efficiency, and transparency in state agriculture markets, it said.

In addition, input subsidies to farmers should be administered through direct cash transfers rather than underpricing of agricultural inputs, as such subsidies to the agriculture sector have had large negative impacts on agricultural output, IMF said.