On the HSBC list, undisclosed income of Rs 8,448 crore was detected with a tax demand of Rs 5,447 crore. 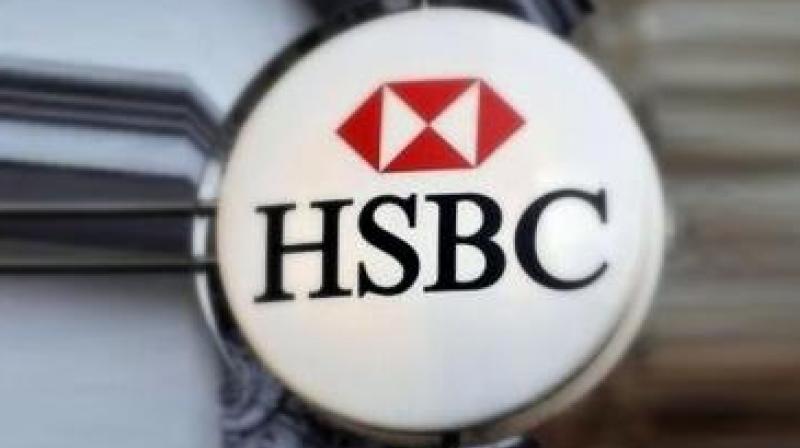 As an outcome of these investigations so far undisclosed foreign investment to the tune of Rs 1,532.88 cr has been detected.

New Delhi: The government expects to receive data from Swiss authorities on HSBC accounts of its citizens in about 10 days after Switzerland’s apex court directions that data be shared with the India, finance minister Piyush Goyal said on Tuesday.

Serious efforts are on to check black money. Tho­ugh there are no official estimates of such money stashed in foreign countries a tax demand of Rs 5,447 crore has been made in HSBC undisclosed income of Rs 8,448 crore, Goyal said in the Rajya Sabha during the Question Hour.

“The Supreme Court of Switzerland has ordered the Swiss government to share with us that data in about a week or ten days ...We are going to get that,” the finance minister said replying to a supplementary on a question on black money deposited in foreign banks. He said the HSBC list was released somewhere in the year 2010-11 and from 2011-12 to 2014 the government kept trying to make an effort but was stalled by the Swiss government from getting any information on the ground that this is secret information as the source is a stolen source which is illegal.

“It is only after this government came in that we sent our Revenue Secretary to Switzerland. We had high-level discussions with the government of Switzerland and a joint statement was issued on October 15, 2015 by which both sides agreed that they will share information with each other and since then we have started getting information on HSBC accounts,” the minister said.

He said now the same process has been initiated with other countries and automatic sharing of information pacts are with several countries.

On the HSBC list, the minister said that undisclosed income of Rs 8,448 crore was detected with a tax demand of 5,447 crore. Penalty of Rs 1,290 crore has been levied in 164 cases. So far 199 prosecutions complaints have been filed in 84 cases.

As regards Panama papers, the minister said, it contained details of 426 persons and investigations are going on in all cases. “So far 62 invasive actions have been conducted which included seizure action in 50 cases and survey action in 12 cases,” he said.

Similar prosecution complain cases have been filed in 16 cases and in 33 cases notices under section 10 of the black money act, brought by the Modi government, have been issued, he added.

“As an outcome of these investigations so far undisclosed foreign investment to the tune of Rs 1,532.88 crore has been detected. I have paradise papers also,” Goyal said and added there is no verifiable data on black money.

In reply to anther query Goyal said as part of the drive to crackdown on black money and corruption, the government had to strike off more than 2 lakh shell companies from the companies’ register

Of these only 5,000 companies came back which proves the robust mechanism and 98 per cent accuracy in the case of shell companies, he said.

“Process is on for another 2 lakh shell companies and notices have been served on 80,000,” he said adding that based on the reply a drive to clean the system will be undertaken bringing them in Income tax trail.

Claiming that it is the present government which launched a crusade against black money, Goyal said the government in its first Cabinet meeting appointed an SIT on black money headed by two eminent judges including Justice MB Shah.

“The SIT has been tasked with the work to detect where the black money is, quantum of black money and what are steps needed to recover the black money. The important point is, it is only under this government that actually people have started increasingly filing their returns,” the minister said.

Quoting a former prime minister without naming him, Goyal said the PM said that for every rupee which I have to give to a poor man I have to send seven times that amount. When I send Rs 100, Rs 15 reaches the poor. This government has given almost four lakh crore to the poor people in their bank accounts.”

Replying to a question by senior Congress leader Jairam Ramesh, Goyal said that government will expedite the process of appointing the chiefs of several public sector banks lying vacant for long.

Ramesh questioned that the government had announced several colourful schemes but why were one-third of state-run banks headless for a long time.

“The Banking Board Bureau has completed the process of interviews of candidates...We will expedite the process,” Goyal said, adding that the criteria for qualification has been expanded to allow even top officials of private banks to apply for such posts.

Goyal said the government has granted managerial autonomy to these state-run ba-nks allowing their board of directors to exercise power in respect of decisions on remuneration and compensation to officers and staff.