The import declined by 6 per cent to 18.15 million tonne (MT), year-on- year due to lacklustre demand from the power sector. 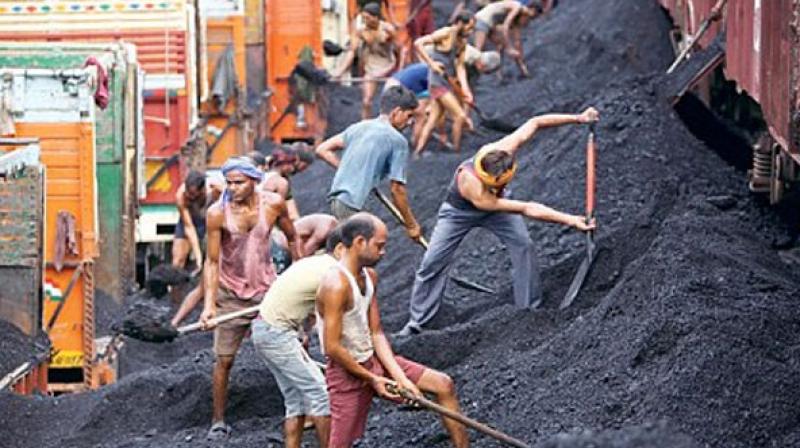 New Delhi: India's coal imports in May declined by 6 per cent to 18.15 million tonne (MT), year-on- year due to lacklustre demand from the power sector and sufficient supply of domestic fuel.

"Coal import (all type of coals) in May 2017 stood at 18.15 MT (provisional), against 19.38 MT in May 2016," according to mjunction services, an online procurement and sales platform floated jointly by SAIL and Tata Steel.

The government is planning to cut coal imports for power PSUs to zero in the ongoing fiscal. CEO of mjunction Vinaya Varma said: "Although thermal coal prices came down in May from the highs of April, ample supply of domestic coal and lacklustre demand from the power sector resulted in a drop in imports."

However, he said, there was a 19 per cent increase in met coal volume, as buyers returned to the market after prices crashed and supply from Australia resumed. "The lower volume of coal and coke imports in May...is mainly due to a 1.2 MT of decline in non-coking coal imports during the month under review," mjunction said.

Government had said in April that it is aiming to bring down to "zero" thermal coal imports of power PSUs like NTPC in the current fiscal, a move that would reduce the country's import bill by around Rs 17,000 crore.

The government had said it would also convince the private companies operating in the power space to totally stop the import of thermal fossil fuel. The coal ministry has said it will make available to the power public sector units (PSUs) the supply of thermal coal through domestic sources in sufficient amount which would prompt the companies to not resort to import of fossil fuel.

However, import of coal is not solely dependent on the domestic production. It also depends on other factors like power plant designed on imported coal and insufficient availability of coking coal of required grade, the government had said.