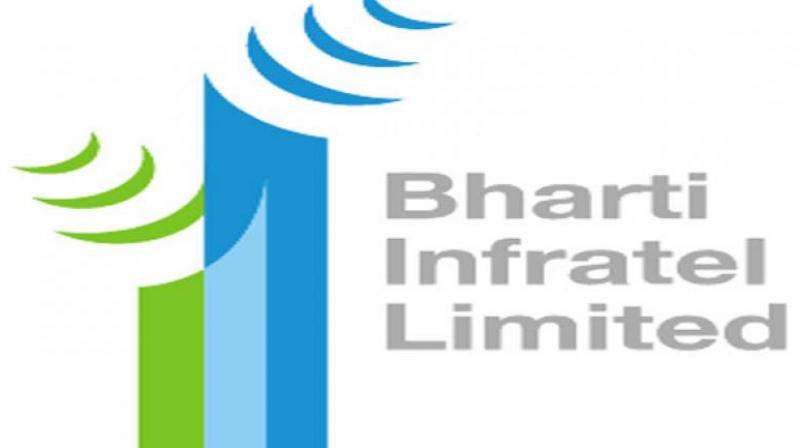 Net profit stood at Rs 718.4 crore in the January-March quarter of 2015-16, according to a company statement.

New Delhi: Bharti Infratel today logged a 17 per cent fall in its consolidated net profit at about Rs 596.6 crore for the quarter ended March 2017 as against the year- ago period, pulled down by higher operating expenses.

Net profit stood at Rs 718.4 crore in the January-March quarter of 2015-16, according to a company statement. Total income was up 10 per cent at Rs 3,561.8 crore in the said quarter, from Rs 3,225.2 crore a year ago. The company witnessed an increase in power and fuel costs, rent, and other expenses.

Noting that there has already been a significant network rollout for enhancing data coverage, Gupta added that competition will further prompt all operators to accelerate network rollouts for deeper coverage, going forward. For the full year, net profit grew 22 per cent to Rs 2,747 crore while total income was up 8 per cent at Rs 13,569.2 crore.

In addition to buyback of equity share of Rs 2,000 crore that the company completed during the just-ended fiscal, the board of directors has approved an interim dividend of Rs 12 per share for 2016-17, the company statement said. This will result in cash outgo of Rs 2,670 crore, including tax, on dividend.

"As Bharti Infratel and Indus Towers, we are well positioned to grab the lion's share of the emerging data-led growth market and building vital infrastructure for smart cities for sharing on non-discriminatory basis," Gupta pointed out.

The consolidated numbers include financials of Bharti Infratel and its share in Indus Towers, a joint venture.