The merger of two biggest companies will create an entity with revenue of around Rs 80,000 cr. 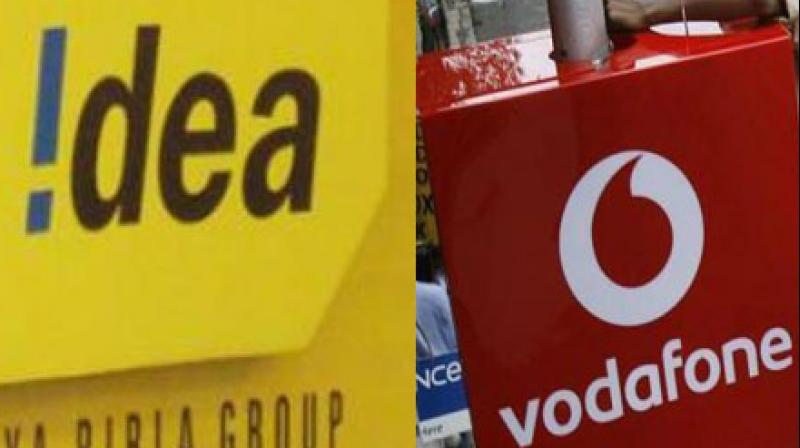 New Delhi: The proposed merger of telecom operators Vodafone and Idea Cellular will create an entity with revenue of around Rs 80,000 crore and the move will be credit positive for the sector, India Ratings and Research today said.

"The proposed merger of Vodafone India and Idea Cellular Ltd (Idea) will be credit positive for the telecom industry by eliminating duplication of spectrum and infrastructure capex.

The combined entities' revenue will be around Rs 77,500-80,000 crore and Ebitda margins of around 28 per cent," India Ratings said in a statement. However, in the near term, India Ratings said it believes that the intense competition set off by Reliance Jio's freebies will continue to pressurise telecom companies' financials, it said.

"The sector is capital intensive with multi players operating, and thus the merger will be favourable for both operators and subscribers, resulting in better pricing discipline in the long term," the statement said.

It said further the spectrum of Vodafone India in seven circles and that of Idea in two, which are expiring in 2021-22, are not in common circles, and there could be potential spectrum capex synergies.

The agency put the cumulative worth of spectrum in these nine circles at over Rs 12,000 crore linked to the latest auction prices. India Ratings expects the combined entity will breach the spectrum holding limit in five circles under the 900 MHz band, one circle under the 1,800MHz band and two circles under the 2,500MHz band with the cumulative worth of around Rs 9,000 crore based on the last auctioned prices.

"The key challenge for the merger will be operational and management control of the merged entity, along with the outstanding tax matter of Vodafone India," the statement said.

The merged entity will be much larger in size, with a subscriber base of over 380 million, 37 per cent market share, compared with Bharti Airtel's 262 million, India Ratings said.

"The merger will complement the circle presence of both the entities  Idea has strong presence in rural areas and Vodafone India in urban localities. It will also improve the competitiveness of the resultant entity compared to other telecom leaders in around 60 per cent of circles," the statement said.