Air India to sell land in Mauritius to NBCC for Rs 3.1 cr

On June 28, CCEA gave its in-principle approval for disinvestment of Air India. 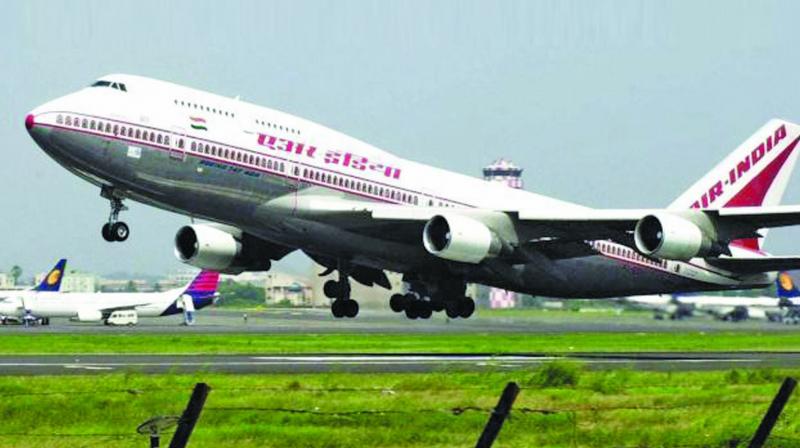 New Delhi: Debt-laden Air India will sell land parcel in Mauritius to state-owned NBCC Ltd for Rs 3.1 crore amid the government's decision to divest stake in the
national airline.

"Air India has agreed to sell its asset measuring one acre land in the State of Mauritius to NBCC India Ltd and the transaction valuing Rs 3.10 crore will take place within a few days," the construction firm said in a BSE filing.

On June 28, the Cabinet Committee on Economic Affairs gave its in-principle approval for the disinvestment of Air India, which has been in the red for long.
Air India, which has a debt burden of more than Rs 52,000 crore, is staying afloat on taxpayers' money.

The previous UPA government had extended bailout package worth little over Rs 30,000 crore to the national carrier for a ten-year period starting from 2012.

NBCC Ltd has entered the Mauritius market. It will help develop a social housing project and construct a new Supreme Court building in Mauritius, which together are estimated to cost USD 50 million.