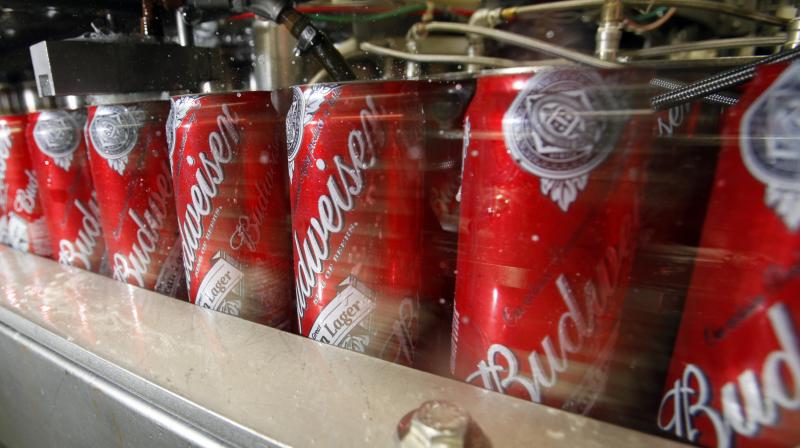 The firm swung on Thursday to a loss of $6 million for the first quarter from a profit of $259 million in the same period last year, after pandemic curbs shut eateries and bars in China and hit consumer traffic in South Korea for months.

Although a sharp drop in new cases brought signs of a recovery starting in April in China and South Korea, the company said the situation was driving it to relocate resources to its e-commerce businesses.

"E-commerce is already growing strong double digits in the past and it’s accelerated." Jan Craps, co-chair and chief executive of Budweiser APAC, told Reuters in an interview.

"We see very strong double-digit growth in e-commerce. When you look at the channels like Meituan and Ele.me, the new models of O2O, we see a triple-digit growth during the crisis," he said, referring to "online to offline" interactions and China's two dominant food delivery platforms.

The company, which has a portfolio of more than 50 beer brands including Stella Artois, Corona and Harbin, reported quarterly revenue of $956 million, down from $1.6 billion last year.

In China, which began shutdowns in late January to stem the spread of the virus, volumes fell 46.5% over the period but are expected to post a smaller fall of 17% in April, in a sign of improvement, Budweiser said.

The company said it would keep up efforts to market its premium and super-premium beers, such as Budweiser, Corona, Stella Artois and Hoegaarden, demand for which expanded in China during the pandemic.

Craps said China offered ample growth potential as the premium segment only formed about 16% of its total beer market, far smaller than the proportion of about 40% in mature markets in the West.