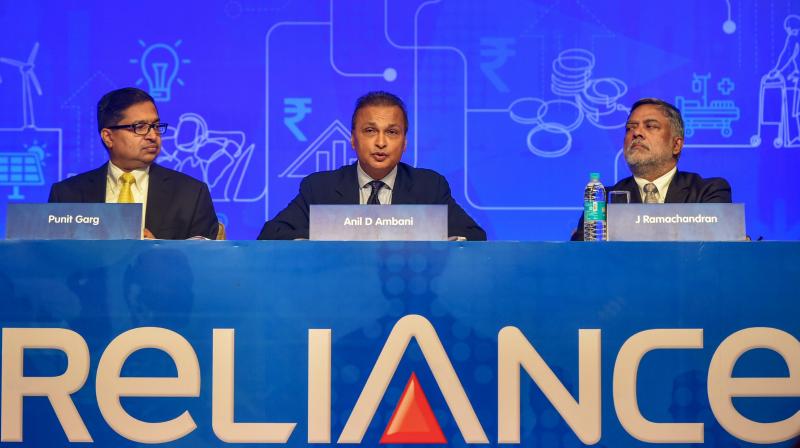 New Delhi: The commerce ministry has terminated an anti-dumping investigation against a chemical, used in polyester fibres and films, imported from Saudi Arabia following a request from Reliance Industries Ltd.

In December last year, the ministry's investigation arm Directorate General of Trade Remedies (DGTR) initiated the probe into an alleged dumping of Mono Ethylene Glycol originating in or exported from Kuwait, Oman, Saudi Arabia, UAE and Singapore, following a complaint by the company.

"In view of the request made by the domestic industry, Reliance Industries Ltd the designated authority hereby terminates the investigation initiated on 9th December 2019 against the imports of Mono Ethylene Glycol (or Ethylene Glycol)' originating in or exported from Saudi Arabia," the DGTR has said in a notification.

It has also clarified that as the domestic industry has requested for termination of the investigation only in respect of the imports from Saudi Arabia, the investigation would continue against Kuwait, Oman, UAE and Singapore.

It added that Reliance Industries Ltd in its letter dated February 21 has requested to terminate the investigation against Saudi Arabia.

In the probe, the DGTR would determine the existence, degree and effect of alleged dumping, and consequent injury to the domestic industry.

If established that dumping has caused material injury to domestic industry, the directorate would recommend the amount of anti-dumping duty.

Countries carry out anti-dumping probe to determine whether their domestic industries have been hurt because of a surge in cheap imports.

As a counter measure, they impose duties under the multilateral regime of the World Trade Organization.

The duty is aimed at ensuring fair trade practices and creating a level-playing field for domestic producers.