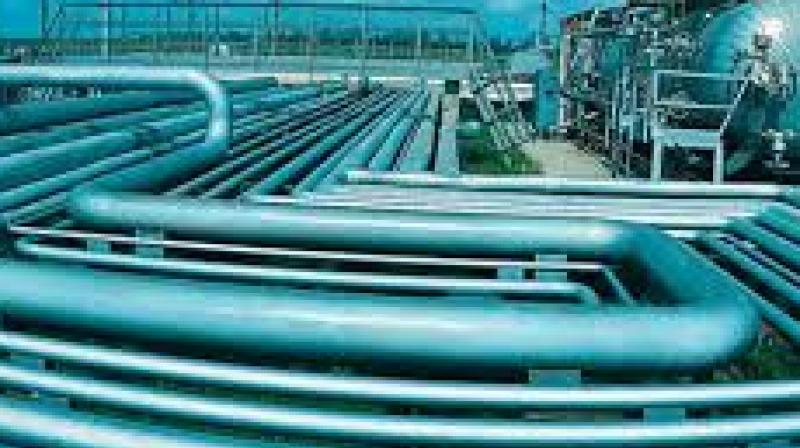 While the 5 million tonnes Kochi terminal operates at less than 10 per cent of the capacity in absence of pipelines to carry gas to customers, lack of breakwater facility at Dabhol makes the facility inoperational during raining season.

Also, the pipeline infrastructure in the country is mostly concentrated in western and  northern India, leaving southern and eastern parts untouched. India, the Asia's third-largest economy, will become the world's second-largest spot and long-term LNG buyer this year, Muhannadi said.

Commending India for adopting the progressive GST regime which will replace a host of state and central levies including VAT, excise duty and service tax with a single tax, he questioned keeping natural gas LNG out of the new indirect tax regime.

"We should ask why is LNG and natural gas not part of GST while competing fuels of LPG, naphtha and fuel oil are," he said.

Petroleum products like kerosene, naptha and LPG will be under the ambit of GST, while five items in the basket ? crude oil, natural gas, aviation fuel, diesel and petrol ? have been excluded during the initial years.

RasGas supplies 8.5 million tonnes per annum of LNG to India on long-term contracts and inclusion of natural gas and LNG in GST would make the fuel cheaper by eliminating multiple taxes, thereby making the fuel affordable for consumers.

He said RasGas is seeing preference for short-term LNG contracts from customers in India. ExxonMobil Gas and Power Marketing's VP LNG Richard Guerrant said there would globally be 175 million tonnes of incremental LNG by 2023.

Global LNG oversupply situation will not last long and global natural gas demand is likely to rise by 50 per cent between 2014-24, he said adding India, China and Taiwan will see steady LNG demand rise.