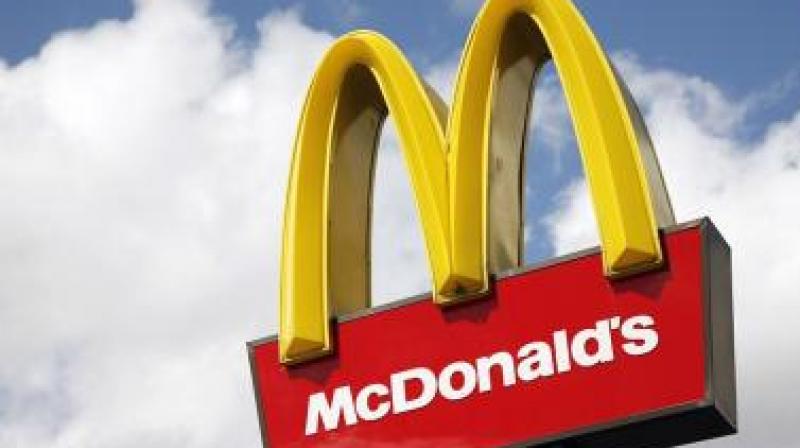 Some of the outlets of McDonald's run by CPRL, franchisee of the US fast food chain for north and east India, continued to function on Wednesday despite termination of license.

New Delhi: Some of the outlets of McDonald's run by CPRL, franchisee of the US fast food chain for north and east India, continued to function today amid uncertainty over the future of 169 such restaurants following the cancellation of licence.

It had given a 15-days notice to CPRL -- a 50:50 joint venture between the company and its estranged partner Vikram Bakshi, -- to stop using its brand and associated intellectual property following termination of license. The notice expired on Tuesday.

However, PTI correspondent found the outlet of the chain at the international airport here operating in full swing. It has also been confirmed that outlets of the fast food chain in parts of South Delhi and Gurugram operated during the day.

As many as 43 outlets of the fast food chain have been closed already in the Capital since June, following the expiry of eating house licence.

Meanwhile, during the day the board of CPRL met with NCLT-appointed administrator Justice G S Singhvi presiding the meeting to decide future course of action.

When contacted, Bakhsi said: "Our appeal in front of NCLAT is to be heard tomorrow. The administrator on the board of CPRL in the board meeting today has asked both sides to await NCLAT's decision tomorrow."

A McDonald's India spokesperson said: "We are looking to take steps to exercise our legal and contractual rights to enforce the termination."

In another development, Bakshi claimed he has been elected again as Managing Director of CPRL by Justice GS Singhvi. "Whilst the NCLT had restored my position as MD from August 6 2013, in the board meeting today I have been elected as MD again for further period," Bakshi said.

However, appellate tribunal (NCLAT) on Wednesday denied any interim relief to Bakshi on his plea seeking a stay on the termination of franchise agreement.

The tribunal has listed the matter for hearing on Thursday.

The National Company Law tribunal (NCLT) on Tuesday dismissed a plea by Bakshi challenging termination of the franchise licence asking him to seek relief from the appellate tribunal where the matter is already pending.

McDonald's and Bakshi have been fighting over the management of CPRL after he was ousted from the post of managing director of the joint venture company in 2013.

The US food giant has another franchise agreement with Hardcastle Restaurants Pvt Ltd, which operates 261 McDonald's outlets in western and southern India.