IndiGo is the largest domestic airline with a market share of over 40 per cent. 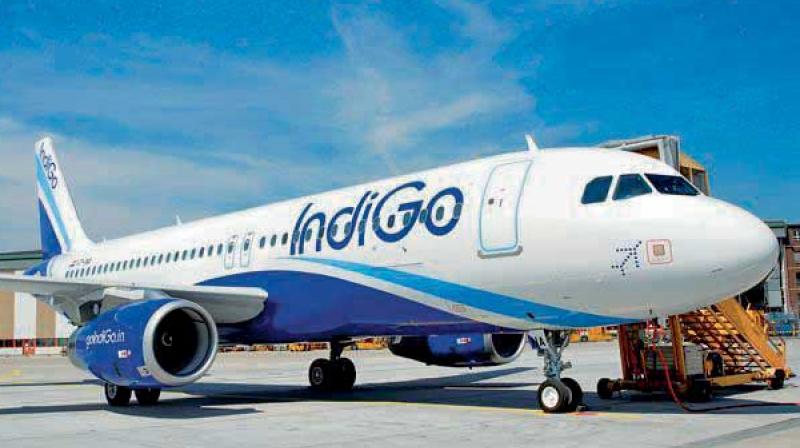 Little over a week after expressing its interest in buying out the operations of debt-laden Air India, IndiGo's founders -- Rahul Bhatia and Rakesh Gangwal -- laid out the airline's long term plans to capitalise on the "untapped international air transportation opportunities" provided by India.

"Irrespective of how Air India story plays and based on our internal works, we are generally of the view that it makes fundamental economic sense for us to enter the long haul international market," Gangwal said.

In a nearly an hour-long conference call with investors and analysts, he said the airline's long haul plans are guided by various factors, including the fact that India market is under-served by long haul international flights.

"We believe international long haul market is ready for the right type of low cost operations," he noted.

Making it clear that the long haul flight journey would be gradual, Gangwal said the business has to be profitable.

"To be clear, whether we do limited transactions with Air India or launch our own long haul international operations or a combination of both, the business case would need to be EPS (Earnings per Share) accretive for us to go down that path," he said.

Regarding its interest in Air India -- whose disinvestment was approved by the Cabinet last week -- Bhatia said IndiGo is "focused narrowly" on Air India's international operations and Air India Express.

"In our view, that would be a herculean task which would at best a very challenging proposition and at worst an impossible task, unless an organisation is willing to fund large losses for a very long time," he noted.

Suggesting the idea of carving out Air India's international operations at the time of sale, Bhatia said that even if the government decides to sell all of Air India's operations to a single entity, then also IndiGo would be interested in exploring that option.

"Acquiring all of Air India's operations will bring with it a lot of issues and many more challenges and complexities. We will assess whether it would be feasible for us to go down that path.

"At the end of the day, the exercise is not to become bigger for the sake of becoming bigger, but it is all about profitable growth and that is the bedrock principle at IndiGo," he said.

Run by InterGlobe Aviation, profitable IndiGo is the largest domestic airline with a market share of over 40 per cent. At present, IndiGo flies to seven international destinations.