Growth in the auto industry would depend on other factors such as interest rates on vehicle loans. 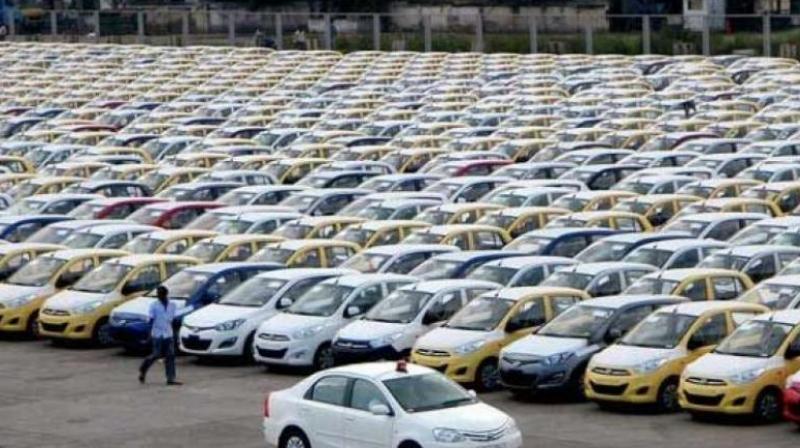 Automobile industry had approached the GST Council and government seeking to reconsider keeping the category at 28 per cent plus 15 per cent cess.

New Delhi: The automobile industry will see growth in the short term, driven partly by price reduction and restoration of normal inventory levels at dealerships as the transition to GST has been "surprisingly smooth", M&M Managing Director Pawan Goenka said today.

However, with the GST Council firm on high tax rate for hybrid vehicles, auto companies which had big plans for this category will have to rethink their strategy, he added.

Addressing a conference call on GST, Goenka also raised concerns over Maharashtra increasing road tax after GST implementation to negate loss of octroi, saying it could negate gains for customers and it should not become norm for other states to follow.

"Definitely, in the short term I see positive growth, more growth than what we would otherwise have as a result of GST down stocking. Also, price reductions across the board will also drive growth," he said.

In the run up to the Good and Services Tax (GST) implementation from July1, auto firms had reduced inventory level at dealership by about a week in June. Usually dealers keep inventory of four to six weeks.

"In short term there is going to be inventory build up at dealers because the (pre-GST) inventory levels were lower than what the norm is. Inventory refill will happen in the month of July, August and then festive months of September and October," Goenka said.

The discounts offered by various companies in June were higher than the industry would usually offer during the month, he added. Goenka said however that the growth in the auto industry would depend on other factors such as interest rates on vehicle loans, although overall economy and good monsoon augur well for the sector.

On transition to GST, Goenka said for Mahindra & Mahindra (M&M), "the transition has been surprisingly smooth" with just one supplier who wasn't ready on the first day. He said dispatches of automobiles and tractors from plants and spares from warehouses have started without any disruption.

When asked about the impact of GST on hybrid vehicles, he said automobile industry had approached the GST Council and government seeking to reconsider keeping the category at 28 per cent plus 15 per cent cess.

"It certainly seems the decision is final. If it happens (reduction of rate) it is fine but I am not expecting it to happen in the short term," he said.

Goenka said that with the latest move which has happened with GST, hybrids will become less attractive and difficult to justify the cost of putting a hybrid as it would not get any concession from the Centre.

"Soon we will come out with non-hybrid versions of those vehicles... Many players who would have aggressive hybrid plans will have to rethink their plans," he said.

Automobile manufacturers which has presence in hybrid segment haven't passed on the increased burden fully to customers, he said adding M&M passed "only a minor portion".

Raising concern over Maharashtra increasing road tax by around 2 per cent, Goenka said it would negate the net benefit of GST to automobile consumers in the state.

"I hope this doesn't become the norm and other states also follow the same," he added.