Besides revenue loss, delay in plucking due to Gorkha agitation has caused loss of entire July crop. 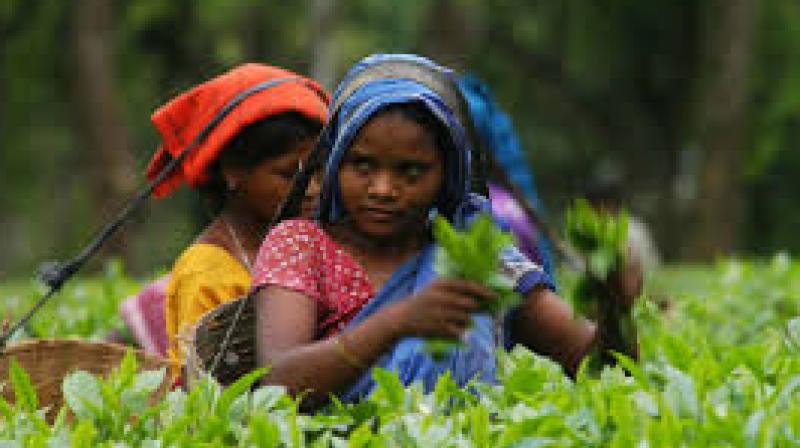 Second flush Darjeeling teas are prized by tea consumers for their amber colour.

Mumbai/Kolkata: Ethnic unrest in India's Darjeeling hills has wiped out the harvest of the world's most expensive tea, disrupting supplies to European buyers and potentially pushing prices higher.

Protests by Gorkhas, ethnic Nepalese living in West Bengal state, halted the plucking of Darjeeling's premium "second flush" tea crop, named for the harvest period that starts in mid-May and peaks in June.

Second flush Darjeeling teas are prized by tea consumers for their amber colour and muscatel flavour that is unique to the region and harvest timing. The taste and colour characteristics are the result of genetic changes to the tea leaves caused by insects that infest the plants before the second flush harvest.

Some second flush teas have sold for as much as $1,850 a kg because of this uniqueness. Losing the second flush harvest will cut grower's incomes and leave blenders scrambling to find substitutes.

"This is the first time we lost the entire second flush," said A.N. Singh, managing director of Goodricke Group, a Kolkata-based producer with gardens in Darjeeling.

Tea plucking has been suspended since June 9 after the Gorkha community started strikes and protests, which turned violent, demanding a separate state within India to protect their Himalayan culture.

Later flushes would not compensate for the second flush loss since they yield comparatively poorer crops.

"Without doubt this crisis will lead to further price increases," said Angela Pryce, an independent tea consultant with 15 years of experience as a blender and taster at Twinings.

"If supply becomes untenable then brands may look at their blends to replace Darjeeling teas where possible, though for pure Darjeeling blends this will have a number of impacts - either a significant price hike, or an out of stock situation."

Darjeeling produces about 8 million kg of tea per year, more than two-thirds of which is exported mainly to Europe. Global tea production in 2016 was 5.46 billion kg, according to International Tea Committee data.

"We have been sourcing teas for more than 300 years and disruption of all sorts, including this type, is something we have to contend with from time to time," said a spokesman from Twinings, owned by Associated British Foods.

Darjeeling tea planters like Goodricke Group have already lost more than 2.6 billion rupees, or about $40 million, in potential revenues due to the turmoil, said Kaushik Basu, secretary of the Darjeeling Tea Association (DTA), representing more than 100 tea exporters in the region. "Unfortunately, the indefinite shutdown is still on and no one knows when there would be a respite," said Basu.

Three Gorkha activists have died in clashes with police, while dozens of security personnel have been seriously injured during the current unrest. At least 1,200 people died during the first Gorkhaland protests in the 1980s.

The plucking delay has caused the loss of the entire July crop as well since workers have been unable to maintain the plants to cause them to grow leaves.

"First we have to slash tea bushes then only leaves will grow and become ready for plucking after three weeks," said Kalyan Sundaram, secretary of the Calcutta Tea Traders Association.

"I would expect many brands to have second flush stock (season 2016) to cover until around September 2017, at which point inventory will become exhausted," tea consultant Pryce said.