Essar Steel was auctioned under the new IBC to recover Rs 54,547 cr of unpaid dues of financial lenders and operational creditors. 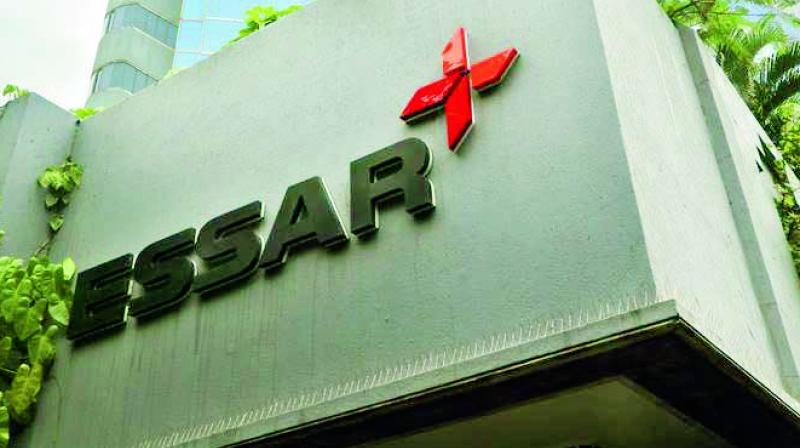 The NCLAT said financial creditors will get 60.7 per cent of their admitted claims of Rs 49,473 crore. The rest would go to operational creditors.

New Delhi: The NCLAT on Thursday approved steel tycoon Lakshmi Mittal-led ArcelorMittal's Rs 42,000 crore bid for the acquisition of Essar Steel after it rejected a plea by the lead shareholder of the debt-laden firm challenging the eligibility of the bidder.

The National Company Law Appellate Tribunal (NCLAT), however, gave operational creditors equal status as lenders in the distribution of the ArcelorMittal's bid amount among the creditors of Essar Steel.

Essar Steel was auctioned under the new Insolvency and Bankruptcy Code (IBC) to recover Rs 54,547 crore of unpaid dues of financial lenders and operational creditors.

The NCLAT said financial creditors will get 60.7 per cent of their admitted claims of Rs 49,473 crore. The rest would go to operational creditors.

The Committee of Essar Steel Creditors (CoC) will have no role in the distribution of the Rs 42,000 crore, it ruled while allowing claims of operational creditors such as Dakshin Gujarat, Gujarat Energy, Bharat Petroleum, Indian Oil, GAIL, ONGC, and NTPC.

ArcelorMittal had told NCLAT that it would pay Rs 42,000 crore, including a minimum guarantee of Rs 2,500 crore as working capital, for acquiring debt-laden Essar Steel under the insolvency process.

On the issue of eligibility of ArcelorMittal, NCLAT said the Supreme Court had already settled the issue and the same "cannot be re-agitated again and again."

"Any such attempt is clearly barred by the principles of res judicata," it said. "Therefore, the Application preferred by the Appellant- Mr. Prashant Ruia and Intervenor - 'Essar Steel Asia Holdings Limited' deserves to be rejected."

While financial creditors may choose to appeal against the ruling in the Supreme Court, an Essar Steel spokesperson said, "It appears that new facts regarding ineligibility under Section 29A which emerged only after the previous judgement of the Supreme Court, have not been given due consideration. We are awaiting the detailed order and decide our course of action thereafter."

A spokesperson for ArcelorMittal said: "We note today's ruling by the NCLAT. We need to review the full written order to understand any implications on completion of the transaction."

A two-judge NCLAT bench headed by Justice S J Mukhopadhaya in the 116-page order said the issue of eligibility of ArcelorMittal India has been adjudicated upon after considering all the arguments by the Supreme Court and could not be re-opened before the Appellate Authority at a stage where the 'Resolution Plan' approval is being considered.

The Ahmedabad-bench of National Company Law Tribunal had on March 8 approved the bid submitted by ArcelorMittal India for the takeover of Essar Steel. Essar Steel director Prashant Ruia had challenged that order saying ArcelorMittal was ineligible to bid under Section 29A of the Insolvency and Bankruptcy Code as it was associated with delinquent or loan defaulting firms.

His petition had accused ArcelorMittal of "fraudulently by way of falsehood, suppression and misrepresentation of facts" had not brought to the notice that it was ineligible because its promoter Lakshmi Mittal had not completely disassociated himself from all businesses of his brothers, Pramod and Vinod Mittal.

ArcelorMittal countered this saying the plea was one of the multiple mala fide attempts to derail the corporate insolvency resolution process and Ruia had no locus standi as his resolution plan was disallowed.

Operational creditors too had opposed ArcelorMittal's resolution plan saying they were getting notional payment while 92.5 per cent of the debt of financial creditors were being paid.

"We have distributed all claims among financial creditors including Standard Chartered based on 60.7 per cent," it said.

Moreover, it observed that the amount of profit generated by Essar Steel during the corporate insolvency resolution process (CIRP) cannot be given to the successful resolution applicant ArcelorMittal as it has not invested any money. Essar Steel has reported an Ebitda of around Rs 4,000 crore during the over 600 days of insolvency period.

"We, accordingly direct that after distribution of the amount of Rs 42,000 crore, if any amount is found to have been generated as profit during the Insolvency.. it should be distributed amongst all financial creditors and operational creditors on pro-rata basis," the appellate tribunal said.

The NCLAT also observed that this matter was related to insolvency of Essar Steel India and is not related to Odisha Slurry Pipeline Infrastructure Limited, a concerned raised by Standard Chartered Bank and others during the hearing.

However, its claims were rejected by the CoC on the ground that  the loan "has no charge on project assets of Essar Steel".