NCDRC order came while dismissing revision petition filed by airline against dismissal of its appeal. 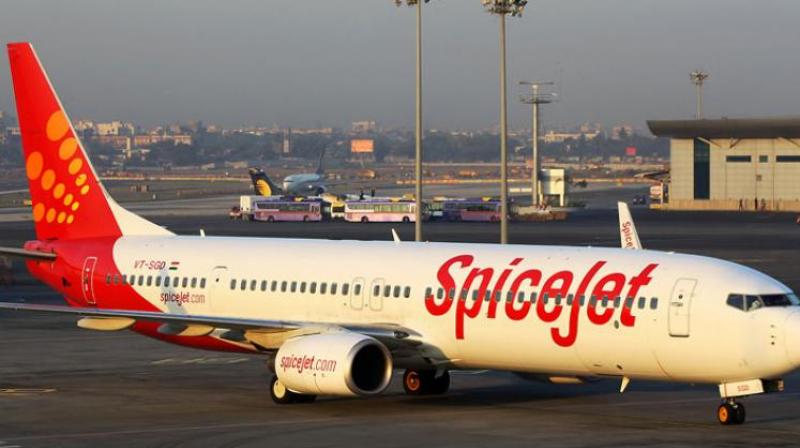 The budget carrier wil pay an amount of Rs 25,125 each to Rajasthan natives.l

New Delhi: The apex consumer commission has directed Spicejet to pay a little over Rs 50,000 to two persons for charging transaction fees despite a DGCA circular and a Supreme Court order banning such levies.

The National Consumer Disputes Redressal Commission (NCDRC) directed the airlines to pay an amount of Rs 25,125 each to Rajasthan natives Sujata Chaudhary and Sanjay Rahar.

The NCDRC order came while dismissing the revision petition filed by the airline against the state commission's dismissal of its appeal. The budget carrier approached the state commission after the district consumer forum directed it to pay the compensation to both the passengers.

"We find both the forums below have returned a concurrent finding of fact that by charging transaction fees, the petitioner (Spicejet) had violated the directions issued by the DGCA, a statutory body, whose directions are binding on all the airline operators," the Commission said.

According to the complaint, Chaudhary and Rahar booked air tickets for their journey from Delhi to Coimbatore. When they received the tickets, they found that a sum of Rs 125 had been charged by the airlines on account of transaction charges, whereas as per the December 17, 2012 order, issued by the Director General of Civil Aviation (DGCA), the airlines could not have charged it.

It further alleged that legal notice was sent to the airline and it was asked to refund the amount. The airline denied all the allegations and opposed the contentions of the flyers.

The district forum allowed the complaint, and directed the airlines to pay to each of the complainants a total sum of Rs 25,125 i.e. Rs 125 towards excess charges recovered from them, Rs 20,000 as compensation and Rs 5,000 as litigation costs.