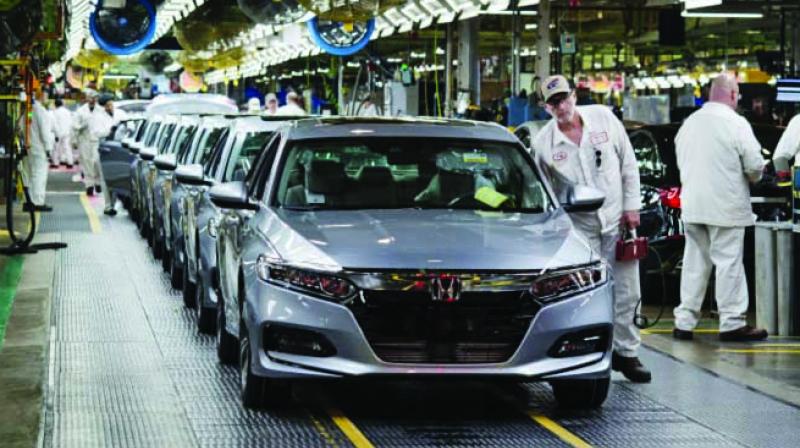 New Delhi: Shares of automakers rallied over 7 per cent on Wednesday after some companies announced hiking prices from January on the back of rising input costs.

In early trade, shares of MSI traded higher and rose 0.40 per cent on the BSE.

Over seven crore shares of Tata Motors, 98 lakh of MSI, and 26 lakh shares of M&M were traded on the NSE.

Tata Motors on Wednesday said it will increase prices of its passenger vehicles from January, primarily in order to offset impact of upgrading its portfolio to conform to BS-VI emission norms.

MSI on Tuesday said it will hike prices of its vehicles from January to offset rising input costs.

Other car manufacturers such as Toyota, M&M and Mercedes-Benz said they are also contemplating a similar move.