MMOPL had contended that it was incurring losses of up to Rs one crore per day with the existing fares. 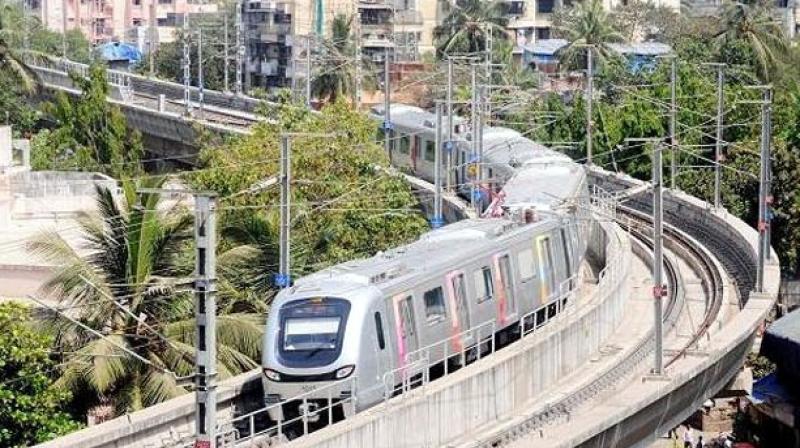 MMOPL had moved the Supreme Court against the high court's order.

A bench of Chief Justice Manjula Chellur and Justice M S Sonak set aside a July, 2015 decision of the Metro Fare Fixation Committee, which had approved the hike in the fares and recommended that the fare range be increased from Rs 10-40 to Rs 10-110.

The bench also directed that the fare fixation committee be reconstituted, in accordance with the Metro Railways (Operation and Maintenance) Act.

The bench was hearing a bunch of petitions, including one filed by Maharashtra government agency Mumbai Metropolitan Region Development Authority (MMRDA), against the fare fixation committee's report and a proposal from the MMOPL to hike the fares for the Versova-Ghatkopar line.

When the metro operations began in June 2014, the introductory fare was Rs 10 for a one-way journey along an 11.4-km stretch. It was subsequently increased up to Rs 40, depending on the distance.

Citing heavy losses, the MMOPL had announced soon after that starting December 1, 2015, the fares would be increased by Rs five.

The MMRDA, which had commissioned the Mumbai Metro, had moved the high court against the report of the fare fixation committee as well as the MMOPL's proposed fare hike.

It had claimed that according to the initial agreement among all the stakeholders, the fare for the Versova-Ghatkopar route was to be between Rs nine and Rs 13.

It had also contended that the number of metro users had come down significantly after the proposal to hike the fares.

Nirupam had alleged that the Centre was facilitating profiteering by a private company by allowing frequent fare hikes.

The Congress leader and the MMRDA had contended that the state government had initially fixed the fares as per the concession agreement, adding that all the parties to the agreement should stick to those fares.

The MMOPL, a private body, should not have been given any powers by the state government as regards the fares, they had said.

The MMOPL had contended that it was incurring losses of up to Rs one crore per day with the existing fares.

On December 17, 2015, in an interim order, the high court had stayed the proposed fare hike.

The MMOPL had moved the Supreme Court against the high court's order, but the apex court refused to interfere with the stay and asked the high court to take up the matter for a final hearing.