The investment, which would value Reliance Retail at about $57 billion, comes as company aims to sell about 10% in new shares, report added 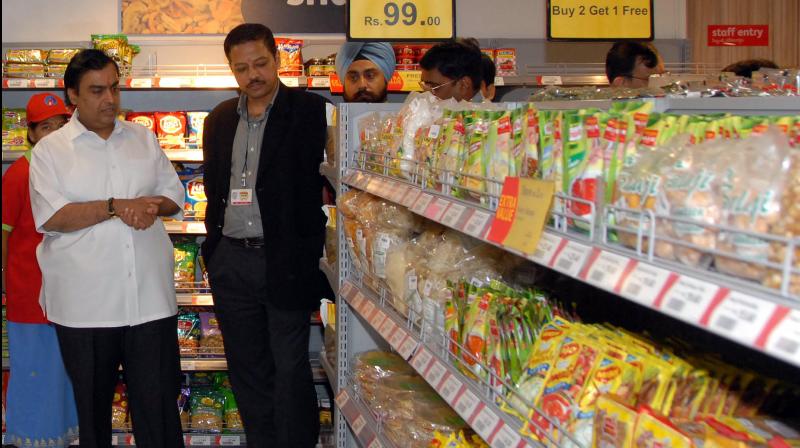 Chairman of India's Reliance Industries Mukesh Ambani (L) looks at rows of produce during a visit to a Reliance Fresh supermarket in Hyderabad. (AFP Photo)

Private equity firm Silver Lake Partners is in talks to invest $1 billion in the retail arm of Reliance Industries Ltd, the Financial Times reported on Thursday, citing people with direct knowledge of the matter.

The investment, which would value Reliance Retail at about $57 billion, comes as the company is aiming to sell about 10% in new shares, the report added.

Silver Lake declined to comment on the report, while Reliance could not immediately be reached outside of normal business hours.

Reliance, an oil-to-telecoms conglomerate controlled by India’s richest man, Mukesh Ambani, is pitching its retail business as a formidable force in the world’s second most populous country, expanding rapidly to woo potential investors.

The company has raised more than $20 billion from global investors including Facebook Inc by selling stakes in its Jio Platforms digital business and has said it aims to attract investors to Reliance Retail over the next few quarters.

In late August, Reliance said it would acquire the retail and logistics businesses of India’s Future Group in a deal valued at $3.38 billion, including debt.