US moving toward major antitrust probe of technology giants

Amazon and Facebook under the watch of the FTC, and Apple and Google under the Justice Department. 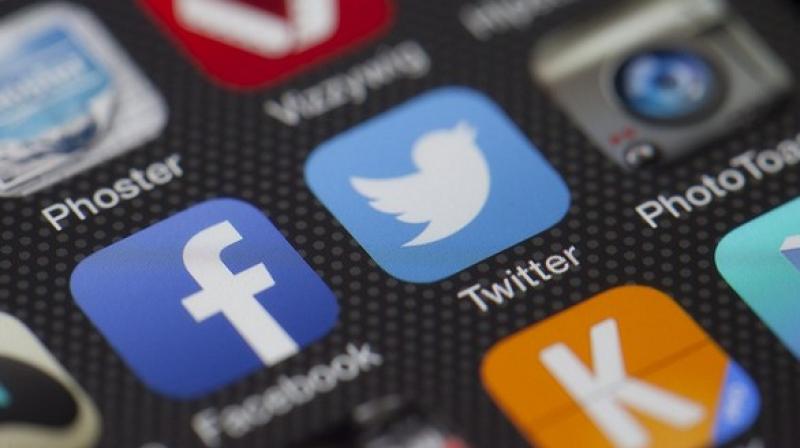 The Federal Trade Commission and the Department of Justice, which enforce antitrust laws in the United States, have divided oversight over the four companies, two sources said. (Photo: File | ANI)

Washington: The US government is gearing up to investigate whether Amazon, Apple, Facebook and Google misuse their massive market power, sources told Reuters on Monday, setting up what could be an unprecedented, wide-ranging probe of some of the world’s largest companies.

The Federal Trade Commission and the Department of Justice, which enforce antitrust laws in the United States, have divided oversight over the four companies, two sources said, with Amazon and Facebook under the watch of the FTC, and Apple and Google under the Justice Department.

With jurisdiction established, the next step is for the two federal agencies to decide if they want to open formal investigations. Results are not likely to be quick. A previous FTC probe of Google took more than two years.

Technology companies face a backlash in the United States and across the world, fuelled by concerns among competitors, lawmakers and consumer groups that the firms have too much power and are harming users and business rivals.

The Justice Department and FTC generally do not discuss investigations.

US President Donald Trump has called for closer scrutiny of social media companies and Google, accusing them of suppressing conservative voices online, without presenting any evidence.

He has repeatedly criticized Amazon for taking advantage of the US Postal Service, also without evidence. Trump has frequently taken aim at Amazon’s Chief Executive Jeff Bezos, who privately owns the Washington Post, a newspaper which often criticizes Trump.

Leading lawmakers on both sides of the aisle welcomed potential investigations of big tech firms.

Senate Judiciary Committee Chairman Lindsey Graham, a Republican, told Reuters that the business model of companies like Google and Facebook needs to be scrutinized. “It’s got so much power, and so unregulated,” he said. Another Republican, Senator Marsha Blackburn, said the panel would do what she called a “deeper dive” into big tech companies.

Democratic Senator Richard Blumenthal, who said on Monday that US enforcers have to do more than wring their hands about the companies’ clout, also weighed in.

Separately, the House of Representatives Judiciary Committee opened its own investigation into competition in digital markets, with both Republicans and Democrats expressing concern about the power exercised by tech giants.

News broke on Friday that the Justice Department was laying the groundwork to investigate Google to determine whether the world’s biggest online advertising platform was using its size to squeeze out smaller competitors, violating laws designed to ensure fair competition. The company declined comment on Monday.

The Washington Post reported on Saturday that Amazon would come under the remit of the FTC in any probe. Amazon declined comment on Monday.

People briefed on the matter say neither the Justice Department nor the FTC have contacted Google or Amazon about any probes, and that company executives are unaware of what issues regulators are reviewing.

While the four technology companies, all worth hundreds of billions of dollars, have drawn scrutiny from regulators and lawmakers around the world, it was not clear what the US Justice Department or FTC planned to focus on.

Amazon, the world’s biggest online retailer, has been criticized for holding sway over third-party sellers on its website, who must pay for advertising to compete against first-party and private label sales by Amazon itself. Lawmakers have also argued that Amazon’s low prices have hurt brick-and-mortar retailers, many of whom have closed because they could not compete.

Apple is the subject of a European Union investigation into a complaint made by streaming music provider Spotify Technology SA that Apple abuses its power over app downloads. In 2014, the iPhone maker settled a Justice Department lawsuit alleging it conspired with publishers to raise the price of e-books.

The FTC has already been investigating Facebook’s sharing of data belonging to 87 million of its users with the now-defunct British political consulting firm Cambridge Analytica. Facebook said in April that it expected to be fined up to $5 billion by the regulator.

Facebook, which owns one-time rivals Instagram and WhatsApp and has more than 1.5 billion daily users, has a huge influence in many countries and has been criticized for allowing misleading posts and so-called ‘fake news’ on its service.

Google has faced accusations that its web search service, which has become so dominant that it is now a verb, leads consumers to its own products at the cost of competitors.

The FTC settled an investigation of Google in 2013 with a reprimand. The company has been fined multiple times by the European Union’s competition regulator, most recently in March for 1.5 billion euro (USD 1.7 billion) in a case focused on illegal practices in search advertising brokering from 2006 to 2016.

Legal experts have said US regulators are unlikely to attempt to break up the technology giants.

It is rare to break up a company but not unheard of, with Standard Oil and AT&T being two of the biggest examples. US antitrust probes more often result in an agreement to change certain business practices.