Zuckerberg, whose net worth is about USD 61 billion according to Forbes.com, was paid USD 1 in salary last year. 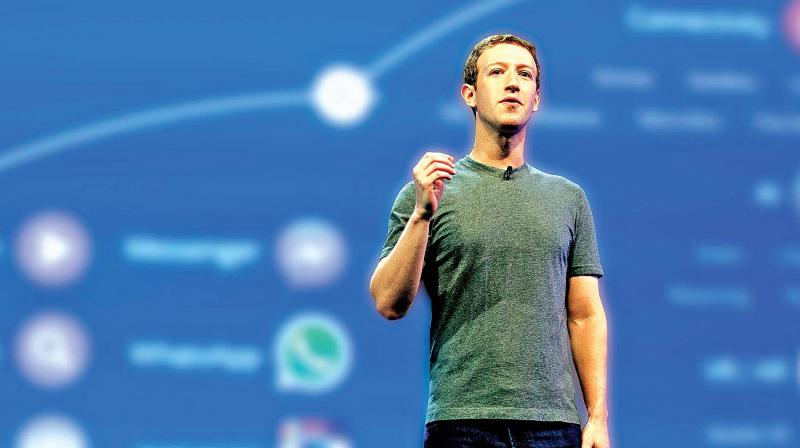 San Francisco: Facebook Inc investors will only get to vote on the pay of Chief Executive Mark Zuckerberg every three years, rather than annually as most outside shareholders would prefer, according to a vote tally released by the world’s largest social media company late on Monday, following its annual meeting last week.

The result represents another victory for Zuckerberg and his fellow executives and directors, who control about 58 per cent of voting rights at Facebook through their ownership of a special class of shares which carry 10 times the voting power of standard shares.

The voting imbalance means Zuckerberg, who co-founded Facebook in his Harvard University dorm room, has been able to resist change even as his company comes under pressure from investors over data privacy and its role in elections, which have attracted scrutiny from regulators.

Most publicly traded US companies allow shareholders to cast advisory votes on the compensation of their highest executives, known as a ‘say on pay’ vote, but the frequency of such a ballot is not fixed.

Assuming the roughly 4 billion votes controlled by Zuckerberg and other executives and directors backed the three-year option, as the company recommended, that means about three-quarters of outside shareholders wanted an annual vote. Such a lopsided count would likely lead to change at most US corporations.

A Facebook representative declined to comment. The company last held a ‘say on pay’ vote in 2016 and will next vote on the frequency of the votes in 2025.

Other measures proposed to give shareholders more power were also voted down, again showing the insiders’ clout.

Trillium Asset Management’s proposal for an independent board chair won about two-thirds of support from outsiders, up from about half that a similar proposal got in 2017, according to Trillium. That was still not enough to overcome the power of the insiders who presumably followed the company’s recommendation against the proposal.

“The last two years of unending revelations, controversies, and damaging missteps combined with a dramatic loss of trust in the company, plus a realization that concentrating so much power in one person is unwise, has led to this vote,” said Trillium Senior Vice President Jonas Kron.

A majority of outside votes cast did in fact back Facebook’s executive pay in this year’s vote. Zuckerberg, whose net worth is about USD 61 billion according to Forbes.com, was paid USD 1 in salary last year plus USD 22.6 million in other compensation, largely for security.