According to R Com there will be a gap of Rs 1,20,000 crore deficit between the industry's earnings and its debt. 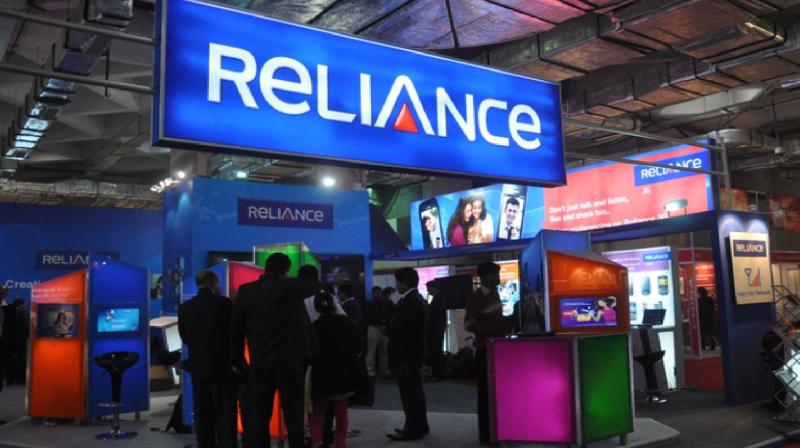 With annual interest payments, loan re-payment obligation, spectrum-related outgo and capex expected to add up to a Rs 1,62,000 crore tab, the operators could find it tough to meet their debt and payment needs with Rs 43,000 crore of EBITDA or operating profits in 2017-18.

The earnings before interest, tax, depreciation and amortisation (EBITDA) is a measure of a company's operational performance. "The reduced EBITDA (Rs 43,000 crore in FY18) of the industry is insufficient to cover the existing debt obligations and deferred payment commitments," RCom cautioned in its latest investor presentation.

The gross liability of the telecom industry on account of debt as well as payments related to radiowaves amounted to a whopping Rs 7,75,000 crore, as on March 31, 2017. Stating that 2016-17 recorded the first-ever decline in industry's revenue, RCom said the combined revenue went down to an estimated Rs 2.10 lakh crore.

This resulted in fall in EBITDA by Rs 12,000 crore, meaning significantly lower operating cash flows for telcos. "Further in FY18 (this fiscal year), the revenue is estimated to decline further by Rs 25,000 crore," RCom said referring to the industry's weak financial metrics.

RCom Chairman Anil Ambani last week stepped in to restore investor confidence after the company's shares were hammered in the wake of poor fourth quarter and FY17 showing, and debt downgrade by rating agencies including Moody's, Fitch, ICRA and CARE.

In a rare public appearance, he said that the debt-laden RCom has been given a breather of seven months to service its debt. This is a part of a strategic debt restructuring (SDR) programme that a consortium of lenders has invoked for the company, that is saddled with Rs 45,000-crore debt.

Like its larger rivals, RCom too has been hit hard by intense price war unleashed by Reliance Jio, owned by Anil Ambani's elder brother and India's richest man Mukesh Ambani.

RCom's presentation noted that the voice revenue per minute for the industry has seen a 25 per cent decline in the last two quarters, while data revenue per MB have fallen by 40 per cent.

It cautioned that the sector could be staring at 30,000 to 40,000 job losses over the next 12-18 months, compared to 10,000 job cuts last year. Underlining the high incidence of taxation, RCom said telecom is "one of the highest taxed sectors" of the Indian economy and that no other country in the world has such high tax burden on telecom sector.

The cumulative tax incidence adds up to about 33 per cent (of revenue) in India compared to 20 per cent in EU, 22 per cent in China and 17 per cent in the US. Incidentally, India, with over 1.16 billion mobile users is the second largest telecom market in the world, after China.

Noting that the government has set up a panel to resolve the financial crisis in the telecom sector, RCom said industry wants deferment of payment liability with respect to levies (imposed by the Telecom Department) and spectrum charges by three years.

The industry also wants a 3-year moratorium on service tax/GST, for short term cash flow relief. Other demands include reduction of licence fee to five per cent (from 8 per cent), and flat one per cent spectrum levy.

Interestingly, at a time when telecom regulator is reviewing the call connect charges, RCom said that termination rate should be discontinued, given the free or low voice tariffs environment.