With merger SBI expected to become a lender of global proportions with an asset base of Rs 37 lakh crore. 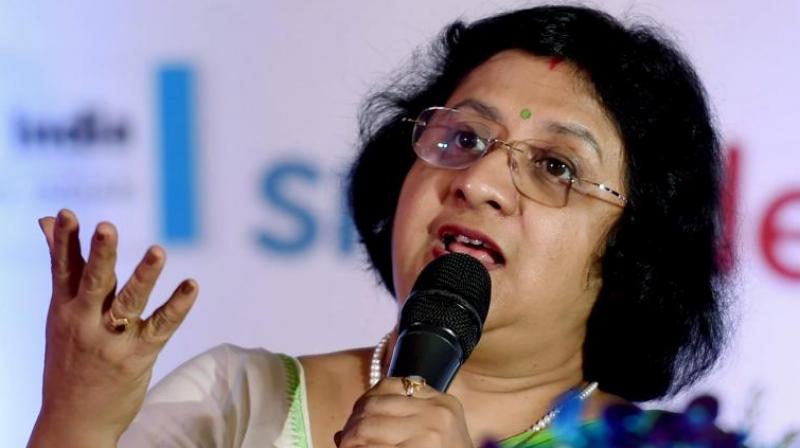 The executive committee of the central board of SBI fixed March 17 as the record date for determining the eligible minority shareholder of SBBJ, SBM and SBT entitled to receive equity shares of face value of Re 1 each, of SBI at the agreed swap ratio, the bank said in a regulatory filing on stock exchanges.

The shares of the listed associates will be delisted from stock exchanges following the merger. The entire undertaking of all five associate banks shall
stand transferred to and vested in State Bank of India from April 1, it said.

SBI had approved separate schemes of acquisition of SBP and SBH. There will  not be any share swap or cash outgo as they are wholly-owned by SBI.
According to the scheme of merger, the pay and allowances offered to employees or officers of the five associates will not be less than what they would have otherwise drawn.

SBI first merged State Bank of Saurashtra with itself in 2008. Two years later, State Bank of Indore was merged with it. Once the merger takes effect, existing customers of the subsidiaries will benefit from the access to SBI's global
network.

It will also lead to better management of high value credit exposure through focused monitoring and control over cash flows instead of separate monitoring by six different banks.

With the merger of all the five associates, SBI is expected to become a lender of global proportions with an asset base of Rs 37 trillion (Rs 37 lakh crore) or over USD 555 billion, 22,500 branches and 58,000 ATMs. It will have over 50 crore customers.