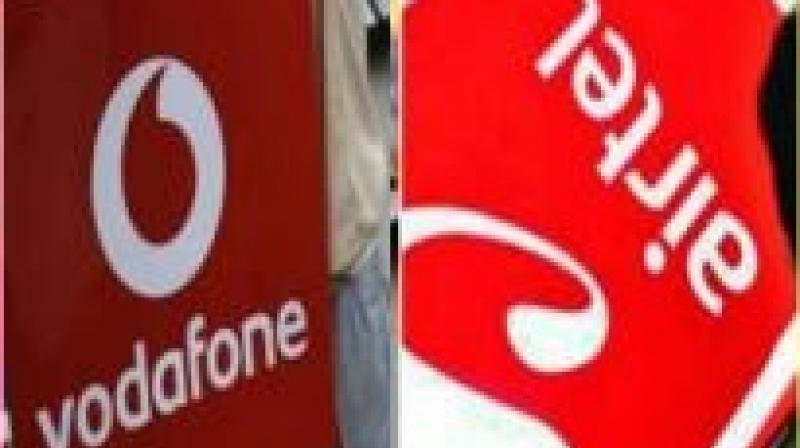 The Rs 1,500 cashback will be disbursed to customers over 24 months.

New Delhi: Aimed at broadening their consumer base in smartphone segment, country's two leading telecom players Bharti Airtel and Vodafone have tied up with Samsung for cashback offers worth Rs 1,500 on select Galaxy J-series devices over a period of two years.

Under the offer, Vodafone will give cashback on three models Galaxy J2 Pro, priced at Rs 8,490; Galaxy J7 Nxt, Rs 10,490; and Galaxy J7, Rs 16,900. Samsung smartphones for Airtel customers will come bundled with special recharge pack of Rs 199 that offers 1GB data per day and unlimited calling within India.

While Airtel customers will need to recharge with a total value of Rs 5,000, Vodafone users will have to recharge their account every month with Rs 198 (total value Rs 4,752 over a period of two years) to avail full benefit of cashback scheme, as per the companies' statements.

"The Rs 1,500 cashback will be disbursed to customers over 24 months. At the end of 12 months, customers who have done recharges, in any denomination of their choice, worth Rs 2,500 will be eligible for the first instalment of Rs 300. They will be eligible for the second instalment of Rs 1,200 provided they complete another set of recharges worth Rs 2,500 over the next 12 months," the Airtel statement said.

Airtel will credit the money in Airtel Payments Bank account of the customer. Vodafone is also offering the facility for post-paid customers.

"Postpaid customers need to opt into any one of Vodafones attractive Red Plans. At the end of the first 12 months, users will receive a cashback of Rs 600 and after another 12 months, a cashback of Rs 900 respectively. The cashback will be credited to their Vodafone M-Pesa wallets," the Vodadone statement said.

Telecom operators are coming up with such offers with an aim to capture smartphone users in the country as they consume more data compared to feature phone users.

As per a CLSA report, Reliance Jio has already captured 80 per cent of smartphone users in the country. The company had 13.9 crore subscribers in September while smartphone customer base stood at around 17.8 crore in the same month.