Shares IndiGo fall over 2 per cent on arbitration proceedings 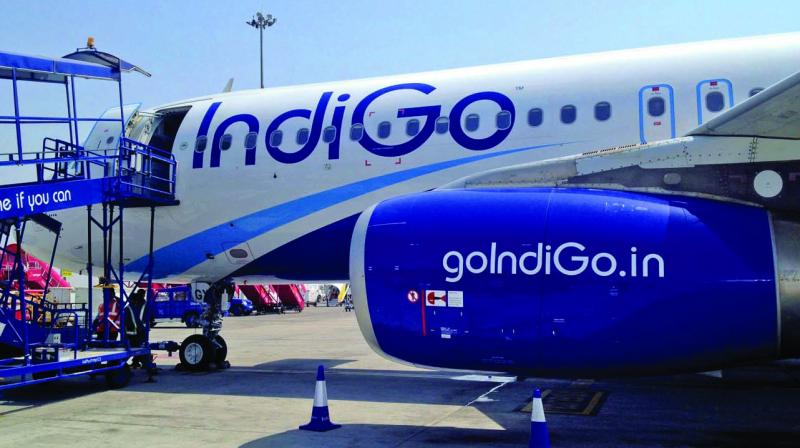 On Tuesday, InterGlobe Aviation -- parent of IndiGo -- informed stock exchanges that Bhatia and his group InterGlobe Enterprises have submitted a request for arbitration on October 1 to the London Court of International Arbitration. (Representational Image)

New Delhi: Shares of IndiGo on Thursday slumped over 2 per cent after one of the main promoters Rahul Bhatia moved for arbitration proceedings amid differences with co-promoter Rakesh Gangwal.

On Tuesday, InterGlobe Aviation -- parent of the country's largest airline IndiGo -- informed stock exchanges that Bhatia and his group InterGlobe Enterprises have submitted a request for arbitration on October 1 to the London Court of International Arbitration.

The request has been submitted under the shareholders' agreement, dated April 23, 2015. The pact was amended on September 17, 2015, the filing had said.

"This dispute relates to claims of the IGE Group against the RG Group regarding, inter-alia, compliance with the shareholders agreement and the articles of the association of the company and damages.

"Under the request for arbitration, no relief has been sought against the company," it had said.

The company has been named as a respondent as it is a party to the shareholders agreement.

"However, presently, no monetary claim, including any compensation or penalty, has been sought against the company," it had said.

Bringing the differences between long-time friends and promoters of IndiGo into open, Gangwal, in July, had sought Sebi's intervention in alleged corporate governance lapses in the company.

The allegations were rejected by Bhatia group.